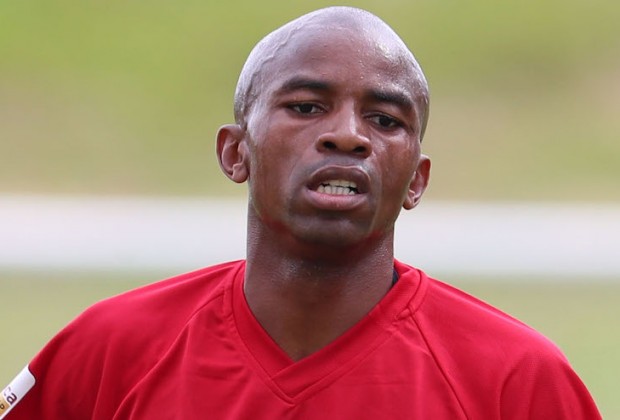 Gabriel Nyoni has officially announced his retirement from playing football after failing to recover from a serious leg injury.

The winger fractured his foot following a dangerous tackle from an opponent during a league match in February 2021. He underwent a successful operation, and had wires and screws medically inserted to hold the fractured bones together.

But after over a year, the 29-year-old hasn’t reached the level of recovery that could allow him to play football again.

Nyoni took to Twitter to announce the news that he is hanging his boots forever.

He said: “I have officially retired from football.

“Fourteen months of specialist and rehabilitation treatment hasn’t yielded the expected result. I tried my best.

“I appreciate all the support you gave me during my football career.”

I have officially Retired from Football . 14 months of specialist and rehab treatment hasn’t yielded the expected result. I tried my best. I appreciate all the support you gave me During my football career.@HighlanderBosso fans you are special ,always family. @capsunitedfczw fans pic.twitter.com/uZYYWsEwIg

Nyoni suffered the injury while in the books of Cape Umoya in the South Africa National First Division.

During his career, the winger also played for Highlanders and CAPS United in the Zimbabwe Premier Soccer League before crossing the Limpopo to join Maritzburg United in the South African top flight.