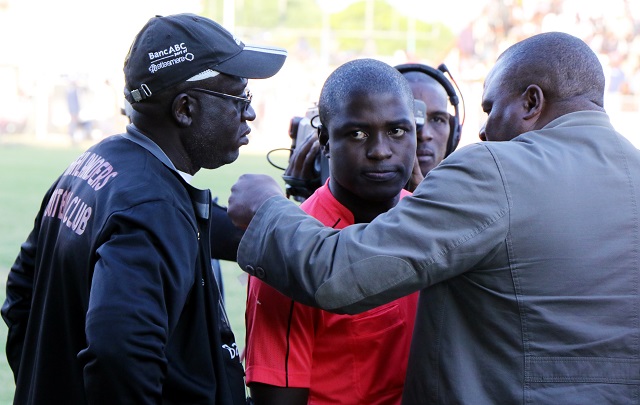 The Premier Soccer League has finally broken silence on the series of complaints regarding match officiating in the local top-flight.

In the past few months, some teams have felt hard done by the poor officiating in the Castle Lager Premier Soccer League, which has led to some games being abandoned and coaches getting fined for complaining.

The PSL leadership said the problem has come to their attention.

“The PSL has received official complaints from clubs regarding match officiating. We have forwarded these complaints to the Zimbabwe Football Association. We are confident that they will look into the matter,” PSL spokesperson Kudzai Bare said in a statement.

Last week at Baobab, Triangle coach Jairos Tapera stormed off the pitch in protest against Ngezi Platinum’s opener and bizarrely went to the ZTN commentary box, where he asked commentator Howard Musonza to see the replay.

Tapera has since been charged by the PSL.