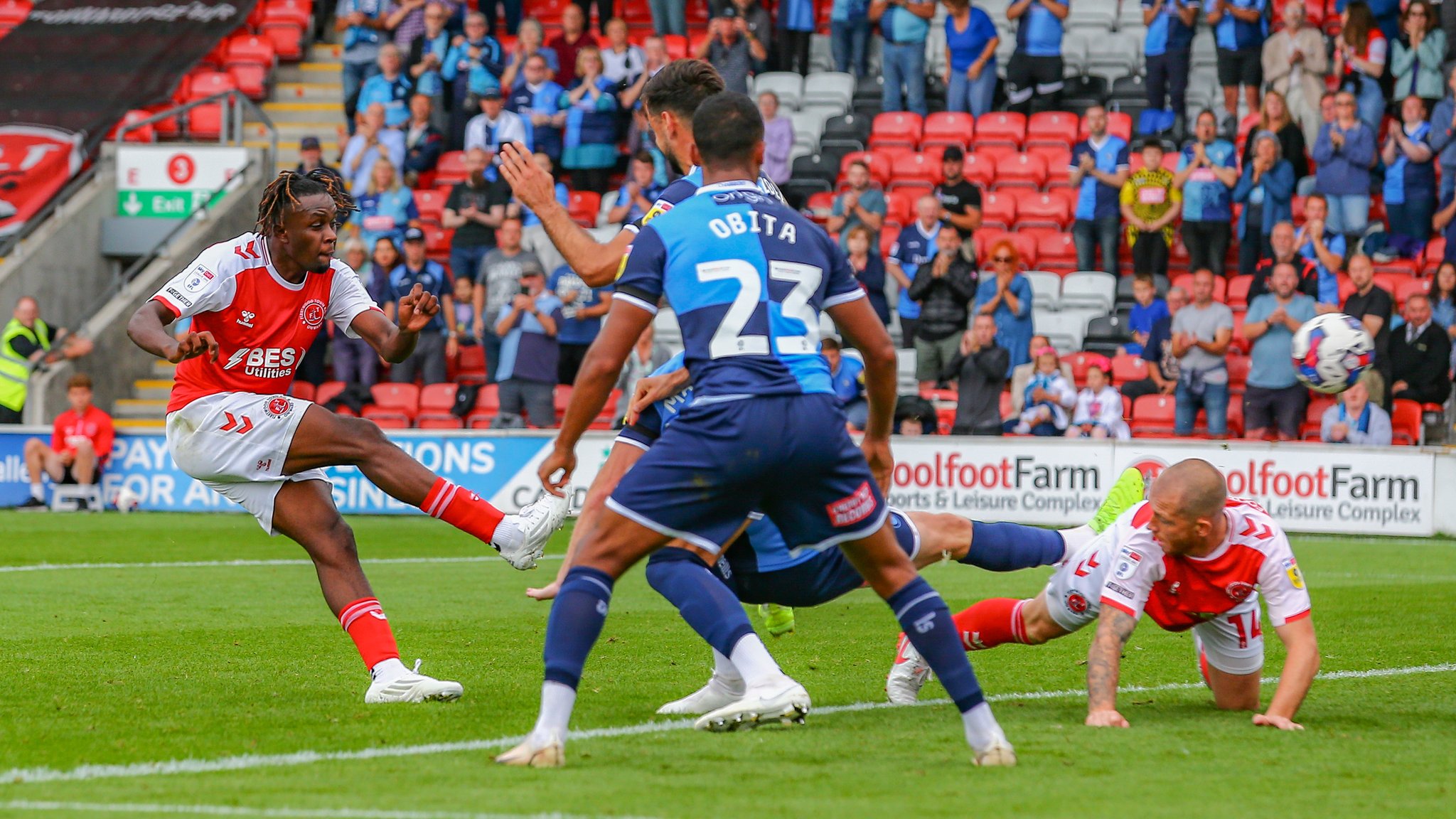 Admiral Muskwe has scored on his first appearance for Fleetwood in the League One encounter against Wycombe Wanderers.

The Zimbabwean forward, who joined the Cods on a season-long loan deal from Luton Town on Thursday, struck home in the 67th minute after he picked a deflected ball and sent it in. The effort cancelled out Wanderers’ first half lead secured through Anis Mehmeti.

The 24-year-old started in the game and played the full ninety minutes.

He was booked for crude challenge on an opponent.

Meanwhile, Muskwe, who was given shirt number 9, made his debut against a former club.

The forward played for Wanderers during the 2020/21 season, while he was on loan from Leicester City. He made fourteen appearances at the club and scored three goals.