Explained: Why Diego Costa has been denied work permit to play in EPL 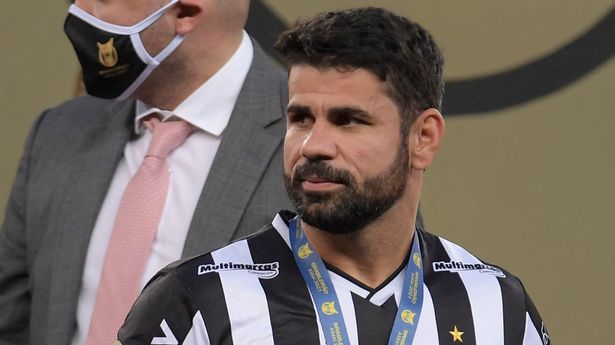 Diego Costa has failed to secure a work permit, delaying his potential return to the English Premier League.

Wolves had hoped to sign the former Chelsea man in time for Saturday’s game at Liverpool, having lost two strikers over the weekend through injuries.

Sasa Kalajdzic, who transferred from Stuttgart on 31 August, picked an ACL injury on his debut on Sunday against Southampton and is set to miss the remainder of the season.

Raul Jimenez felt a pain in his groin during the warm-up and will also be on the sidelines for some time.

The crisis now seems to be far from being solved after Costa’s application for a work permit did not qualify because he has not played enough international games.

The Spaniard has not played any professional matches in ten months, and he became a free agent in January after leaving Brazilian side Atletico Mineiro.

Wolves have since launched an appeal to the Football Association.

And Costa is still travelling to Wolves’ Compton training base as the Premier League club wait for news of their appeal.

Explained: Why Diego Costa has been denied work permit to play in EPL