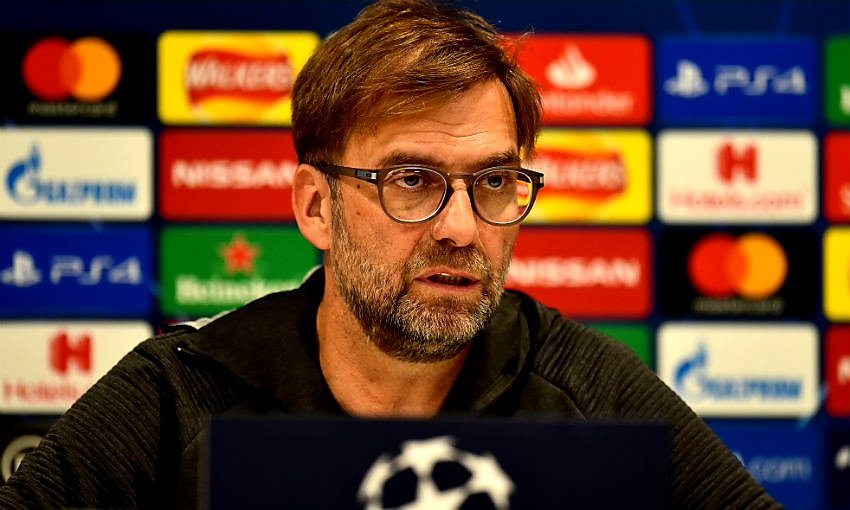 Liverpool manager Jurgen Klopp has apologized to the club’s fans for his side’s heavy defeat to Napoli in the Champions League last night.

The Reds produced a shambolic display in Naples, which saw them trailing the hosts 0-3 at half time, through goals from Andre-Frank Zambo Anguissa, Giovanni Simeone and Piotr Zielinski.

The hosts even missed a penalty, when Allison denied Victor Osimhen from 12 yards,  before Zielinski netted his second and Napoli’s fourth in the second half.

Luis Diaz reduced the deficit for Liverpool, on a night when they were clearly outplayed.

Klopp admitted his charges were not at their best.

“It’s a long flight from Liverpool to Napoli. For all the things they (the fans) invest, I understand 100 per cent it was a very disappointing night so, of course, I put up [my hands], I have to say sorry for that,” the German said after the game.

“It’s obviously not the first time I have spoken to media so I have said it now a couple of times. I think the problems we had tonight were obvious. Number one, Napoli played a really good game and we played a really bad game. Why did we play a bad game?

“We cannot ignore the start and how it happened, how it started with the penalty and then shortly after that another penalty. In this atmosphere, that’s not easy, but our problems obviously were that we just didn’t play good enough.

“That means in our specific case we were never compact. I can’t remember a situation where we were compact. We had for 60 minutes not one counter-pressing situation in a game where we lost a lot of balls, just because we were far away,” added Klopp.