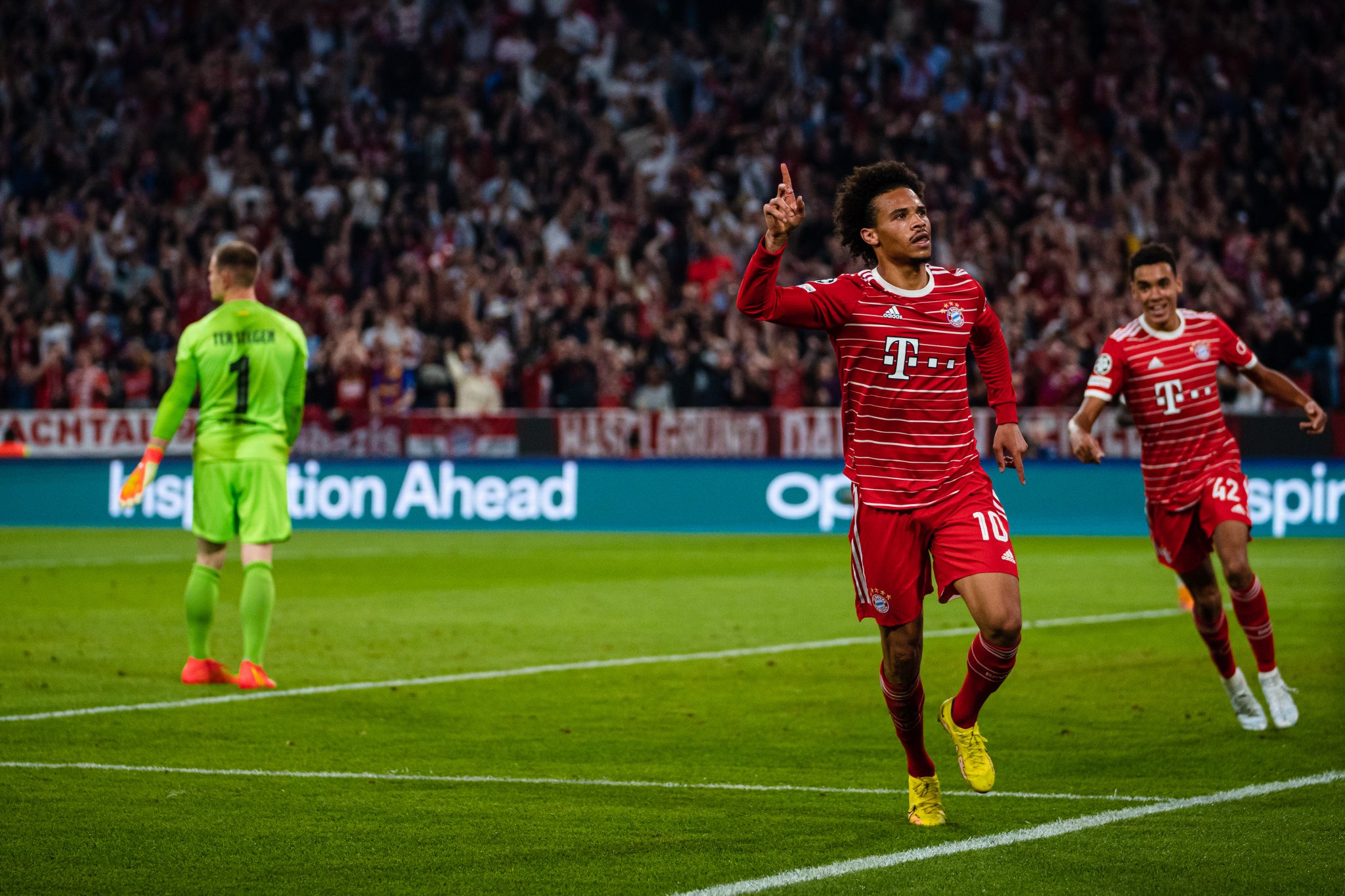 Barcelona suffered a 2-0 loss to Bayern Munich at the Allianz Arena in their second Group C Champions League match.

Barca were the better team for most of the night and should have gotten a lot more from the game.

Lucas Hernández opened the scoring against a run of play in the 50th minute before Leroy Sané ran through the entire Barca defense and passed the ball into the net four minutes later.

The visitors tried to recover but were made to rue all the better opportunities they missed in the first half.

Another Spanish giant Atletico Madrid also suffered a defeat in Germany after losing to 2-0 to Bayer Leverkusen in Group B.

The teams were tied at goalless until the 84th minute when Bayer scored twice to win the match in the final stretch.

The other major talking point of the game was a handball in the box by Edmond Tapsoba, which was not given by the referee on review.

Club Brugge pulled off a shock 4-0 win at FC Porto to win a second successive Champions League Group B game and go top of the standings.

Liverpool left it late to beat Ajax 2-1 in their Champions League Group A match.

The Reds took the lead through Mohamed Salah in the 17th minute but Mohammed Kudus cancelled out the opener ten minutes later.

As the match was seemingly heading for a draw, Joel Matip rose to head home with a minute remaining on the clock.

Diogo Jota was lively up front in his first start of the season, while Thiago helped the team rediscover a little of the rhythm that has been missing in the recent games.

However, the right flank was, again, the Reds’ weekest defensive link with Kudus’ equaliser coming from that side.