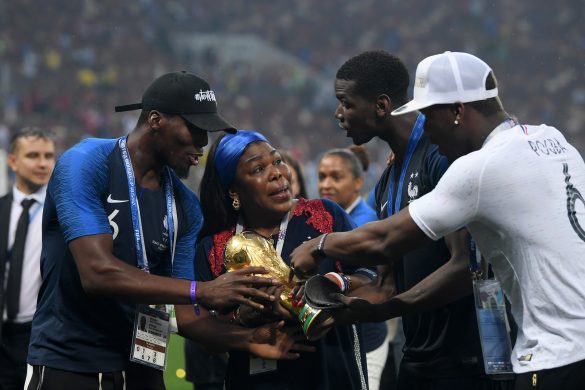 Paul Pogba’s brother, Mathias, has been charged and detained over alleged blackmail plot against the Juventus star.

Mathias, along with four other suspects, turned themselves to the police for questioning last week.

The authorities have charged the suspects and put them under investigation for extortion in an organised group, and criminal conspiracy with a view to committing a crime.

Speaking to BFMTV, Mathias Pogba’s lawyer Yassine Bouzrou has stated that they will contest the decision, claiming that his client has “not committed any criminal infractions”.

Paul is accusing his brother and ‘childhood friends’ of trying to extort €13m from him.

The former Manchester United player reportedly paid €100,000 to the group after being escorted at gunpoint to a flat in Roissy-en-Brie, in the eastern suburb of Paris, in March.

The case came to light after Mathias released a video vowing to disclose “explosive” information about his younger brother.