Galloway’s red card was a punishment for being naive: Plymouth Argyle coach 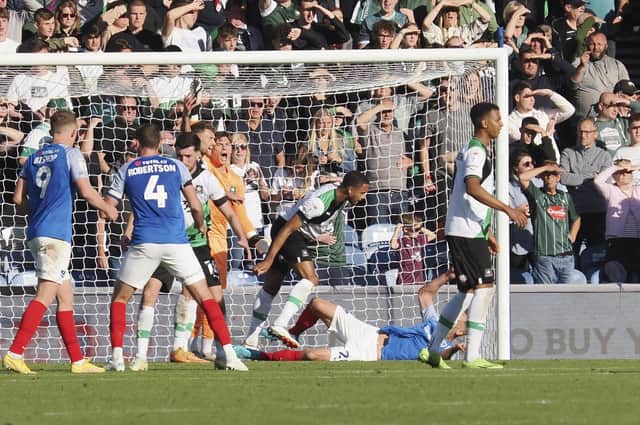 Plymouth Argyle coach Steven Schumacher believes Brendan Galloway’s naivety led to his expulsion in the League One encounter against Portsmouth.

The Warriors right-back started on the bench and came on in the 70th minute.

With his team leading 2-1 in the 89th minute, Galloway received a caution for delaying the restart on a throw-in.

The 26-year-old was then involved in an altercation with the opposite player a few moments later.

The incident resulted in another yellow card for the fullback.

The expulsion proved costly for Argyle, who left short at the back, and conceded a goal with the last kick of the match.

Schumacher told the Plymouth Herald: “It’s naive from Brendan but their player pushes him first, Brendan pushes him back and their player made a meal of it and fell over.

“Brendan should have done the same when he was pushed first but he never, and we got punished for it.”

Schumacher added: “I thought he (Bell) had given a straight red card, so I was going to ask the referee to rescind it, but apparently it wasn’t, it was a yellow and then a red.

“If it’s a yellow card for pushing in the chest then obviously he shouldn’t do that, but I hope he booked Morrison as well because he did exactly the same. Just because he threw himself on the floor it’s our one that gets punished.

“We need to be a bit brighter than that. In that type of situation we need to have calm heads and not get involved where you can. and see the game out.”

Galloway will miss the visit of Ipswich Town next Sunday due to the red card suspension.

Galloway’s red card was a punishment for being naive: Plymouth Argyle coach