The Zimbabwe Warriors who have recently won the hearts of a multitude of Zimbabwe fans will do battle against Malawi in an International friendly match pencilled for Kamuzu Stadium in Blantyre today afternoon. 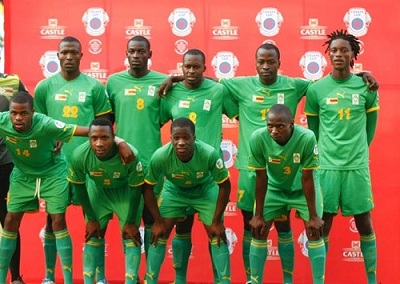 The Warriors come from a relatively successful CHAN campaign in which they finished at a respectful 4th position in the 16 team tournament. The tournament (CHAN 2014) in South Africa brought football back to life in Zimbabwe which saw fans from all walks of life come back to support their beloved Warriors.

Coach Ian ‘Dibango’ Gorowa seem to have found the much needed winning formula for the Warriors whose team formation is highly depended on its rock solid defence. However the team will be missing the services of ever green captain Patson Jaure, who will do battle for Dynamos in the CAF champions league tournament and so are all the Dynamos players. Jaure and his center back partner Eric Chipeta created an impenetrable barickade during the just ended tournament conceding the least number of goals in the entire tournament.

Gorowa has revealed his desire to make the local contingent of the Warriors the main core of his team. And rightfully so.

Zimbabwe National team will welcome the return of the South African based Warriors, Washington Arubi, Khama Billiat, Carlington Nyadombo, Knowledge Musona and Kingston Nkatha. Though Khama Billiart may not play pending a late fitness test. While  Czech-based left back Costa Nhamoinesu was not released by his side.

The skilful pint sized Kuda Mahachi will again be the main player to watch. Mahachi has struck a very high form which has seen him getting goals for the national team as well as his new loaned home Highlanders FC. The player was so incisive that Sundowns of South Africa did not think twice on signing him. Mahachi will also have the heavens to thank after he survived unscathed a road accident enroute to the Warriors Camp with other fellow Warriors, Peter Moyo and Milton Ncube. The trio were unharmed and are expected to play a crucial role for Zimbabwe.

The technical team will use the friendly match for preparations for the AFCON 2015 qualifiers. Zimbabwe has been in the past failed to make use of FIFA special days set for International friendlies.

Meanwhile Malawi named Mozambican defender Moses Chivaula as their new captain. They have in their team South Africa-based players — Harry Nyirenda, Robert Ng’ambi, Atusaye Nyondo and Gabadinho Mhango — and Joseph Kamwendo who is now playing for TP Mazembe in the DRC.

Warriors squad in Malawi for friendly: