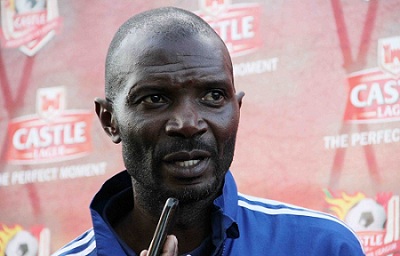 Dynamos coach Kalisto Pasuwa who has come under immerse pressure from a cross section of Dynamos fans calling for his sacking will keep his job, at least for now.

Pasuwa had come under fire after the team’s CAF failure for the 3rd time in a row. Dynamos was eliminated from the African safari by a DRC side AS Vita which prompted the calls for his sacking.

Pasuwa who has won almost everything on offer locally has failed dismally in the African Champions League.

Dynamos leadership came out publicly to declare the gaffer’s safety.

“There are people who have been talking about it, but as the Dynamos executive we have never discussed that issue. There has never been a meeting where we discussed the coach’s position. In as much as we the executive and the supporters want results, it will not be proper for us to blame it on the coach alone when the results do not come.

“We have to look for the problems that could have caused the defeat and try to correct them without necessarily firing the coach,” added Chikengezha.

Meanwhile, rumours of a plot to oust Pasuwa have been rife in the Dynamos camp. Two named board members are calling for the sacking of Pasuwa and putting up Mandigora as a potential replacement.

Dynamos will now solely shift their focus on defending their Premier league title.

The Harare giants will be this week involved in the battle of Zimbabwe, as they take on their bitter rivals Highlanders in a potential Pre-season thriller in the Bob 90 final.