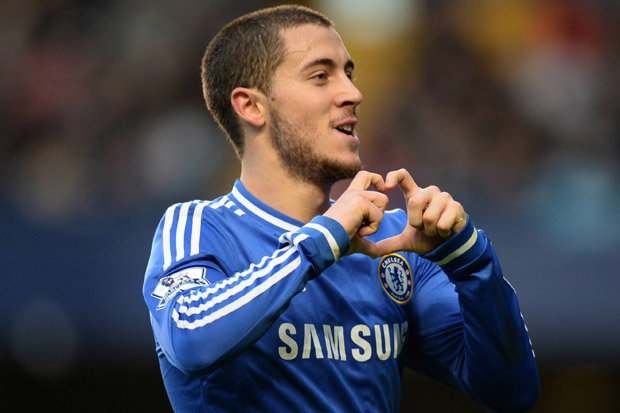 Kurt Zouma grabbed his first goal for Chelsea as they defeated rivals Arsenal, who ended the game with nine men, 2-0 at Stamford Bridge this afternoon,

Gabriel was shown a red card for an off-the-ball incident that saw him walk over to Costa and lash out at him with his foot.

Zouma then gave Chelsea the lead after the break, heading in a deep Cesc Fabregas free-kick at the back post.

Santi Carzorla received a second yellow card for a late tackle on Fabregas to take Arsenal down to nine men, and Eden Hazard took full advantage with a shot that took a wicked deflection off substitute Calum Chambers to settle in the net behind Cech.