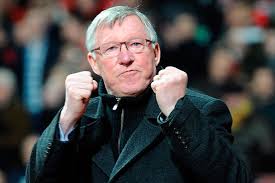 Sir Alex Ferguson has revealed that Paul Pogba left Manchester United three years ago on his agent’s say-so.
France star Pogba left Old Trafford on a free transfer with United receiving just £800,000 in compensation for a player who has been outstanding for Juventus in Serie A – and at last year’s World Cup.

Sir Alex had criticised Pogba for a lack of respect at the time but has now admitted that it was his agent he did not get on with.

Ferguson wrote in his new book ‘Leading’: “There are one or two football agents I simply do not like, and Mino Raiola, Paul Pogba’s agent, is one of them.

“I distrusted him from the moment I met him. He became Zlatan Ibrahimovic’s agent while he was playing for Ajax, and eventually he would end up representing Pogba, who was only 18-years-old at the time.

“We had Paul under a three-year contract, and it had a one-year renewal option which we were eager to sign. But Raiola suddenly appeared on the scene and our first meeting was a fiasco.

“He and I were like oil and water. From then on, our goose was cooked because Raiola had been able to ingratiate himself with Paul and his family and the player signed with Juventus.”