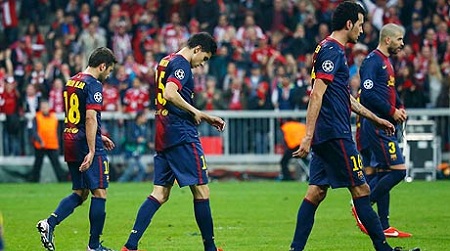 Celta Vigo subjected Barcelona to a demoralising 4-1 defeat at Balaidos tonight to end the treble winners’ 100% start to the Primera Division season.

Superb goals from Nolito and Iago Aspas helped the hosts into a deserved 2-0 half-time lead, before another from Aspas after the break fattened the advantage.

Neymar finally pulled one back for the Catalans, who were denied by Sergio Alvarez on a host of occasions, before John Guidetti restored the three-goal lead.

Benzema opened the scoring in the 19th minute, but the sides were level 23 minutes from time when Sabin Merino headed past Keylor Navas at the far post.