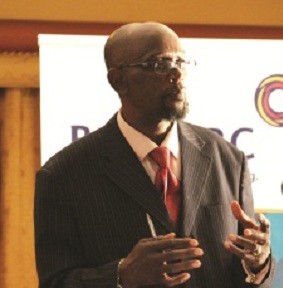 Dynamos Club President Kenny Mubaiwa has boldly declared that his club are on course for a fifth title.

Dynamos trail log leaders Chicken Inn by 4 points but are tied on points with FC Platinum with 6 games to go and Mubaiwa feels Dynamos will pick up maximum points in all their games remaining.

The defending Champions psyched up by their recent 1-0 win over Chicken have set a target of reclaiming the honors.

Mubaiwa spoke to the Chronicle and declared:

“We are on a cruise and we don’t intend to stop and neither will we be merciful to those that come on our path,” said an elated Dynamos chairman Kenny Mubaiwa.

“We know Chicken Inn will crumble along the way, but that won’t happen to us, so yes, a fifth league title is now imminent.” He added.

If it happens he will write his own piece of History by becoming the first local club chairman to lift five consecutive league titles.