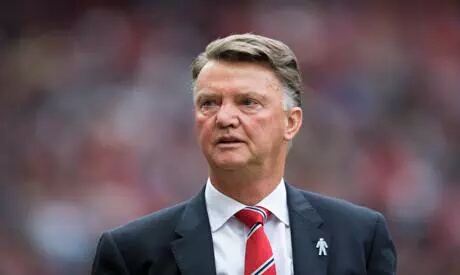 Manchester United avoided a second straight European defeat after coming from behind to beat Wolfsburg 2-1 on Wednesday but manager Louis van Gaal says his side must be more ruthless in front of goal if they are to challenge for the Champions League.
United, beaten 2-1 by PSV Eindhoven in the Group B opener, went behind to Daniel Caligiuri’s goal in the fourth minute at Old Trafford before Juan Mata equalised with a penalty and Chris Smalling scored a second-half winner.

Despite getting the three points, Van Gaal was not happy with the performance, especially the way his team surrendered control after going ahead.

“In the first half we played very well but we didn’t finish our chances, and that was our problem,” he said.

“It was 1-1 at halftime but we created chances to be 3-1 ahead. Then you have to continue and we did, but only for the first 15 minutes, I think.

“After the goal it was transforming our team, because we didn’t keep the ball anymore and I didn’t see Wolfsburg pressing so much, so we gave the ball away,” he added.

The Dutchman bemoaned United’s lack of killer instinct and said teams do not win the Champions League without it.

“You shall win the Champions League when you are clinical and when you can finish the game much earlier,” he added.

“But they continued with the team spirit.”

With CSKA Moscow’s 3-2 win over PSV in Russia, all four teams in the group are level on three points after two matches.

United, top of England’s Premier League, have now won four games in a row in all competitions, scoring 11 goals and conceding three.

Van Gaal’s thoughts have already turned to their league clash with Arsenal on Sunday.

“We have to recover, recover and recover because Sunday is Arsenal and they played yesterday, so they have one more day of recovery.”