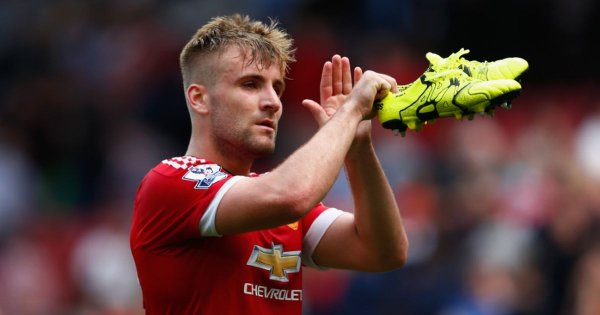 Injured Man Utd defender Luke Shaw has confirmed he is not one of the top-flight footballers who is about to come out.

Manchester United left-back Luke Shaw has denied he is gay amid reports that two Premier League players are set to come out.

The Mirror revealed that two stars – including an England international – are about to become the first top-flight footballers to come out in public.

The pair were not named by the newspaper but the story prompted frenzied social media speculation.

Shaw, 20, has now taken to Twitter to reject suggestions that he could be one of the players.

He responded to a tweet by a United fan account which read: “The idiocy of these Luke Shaw rumours & he’s not even gay! And so what if he is? He’s a United player and we support him #MUFC”.

Shaw, who is out injured until March, then replied: “it’s not me so everyone can shut up now.”

The Mirror reported that gay footballers have stayed silent about their sexuality for fear of a backlash, including possible taunts, from opposing fans.