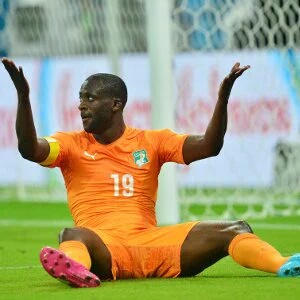 African footballer of the year Yaya Toure has again turned down a call-up from his country and will miss the start of the Ivory Coast’s World Cup qualifying campaign.

The 32-year-old midfielder has not played for his country since they won the African Nations Cup in February, telling the Ivorian federation he wanted time to reflect on adding to a century of international caps.

“For the moment, Yaya has not expressed a desire to rejoin the squad,” said Ivory Coast coach Michel Dussuyer on the country’s football federation website ahead of the two-legged tie against Liberia next week.

Toure appeared to suffer from the physical exertions of competing for his country last season after the Ivory Coast won the Nations Cup in Equatorial Guinea.

He returned to Manchester City and suffered a marked dip in form.

Striker Wilfried Bony returns to the 24-man squad after missing last month’s win over Morocco in a friendly in Agadir.