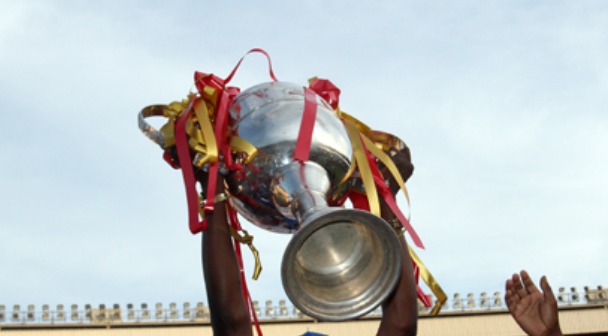 The Castle Lager Premier Soccer League has confirmed that the presentation of the Championship trophy and medals will not be done this weekend (Matchday 29) regardless of the outcome of results.

Chicken Inn Currently lead the log standings with 55 points 2 points ahead of title rivals FC Platinum. Dynamos have the outside chance of winning the title as they sit on 51 points.

Chicken Inn is the only team that can seal league title today. Any win for Chicken Inn against Harare City, while FC Platinum drop points will virtually seal the title for the Bulawayo based team.

In a Press Statement the PSL confirmed they will not have a trophy presentation in such a scenario as the League has many Permutations that could favour any of the three teams. The trophy will be presented only after the last match on the 28th of November.

The statement read, “The Castle Lager Premier Soccer League would like to inform its partners and stakeholders that, as the Castle Lager premiership race heads into the home stretch, and in view of the various points permutations and possibilities, the trophy and medal presentations will be conducted after the Matchday 30 matches on 28 November 2015, irrespective of the possibilities of Matchday 29 results.”

Normally league Champions are presented with the Championship as and when they are confirmed the winner. Ideally in this situation the PSL will save costs of preparing for the presention because the league title is still open until the very last match day.

The League continues this afternoon with all 3 title hopefuls in action today. The relegation fight will take center stage tomorrow.