Preview: Zimbabwe square off with Uganda 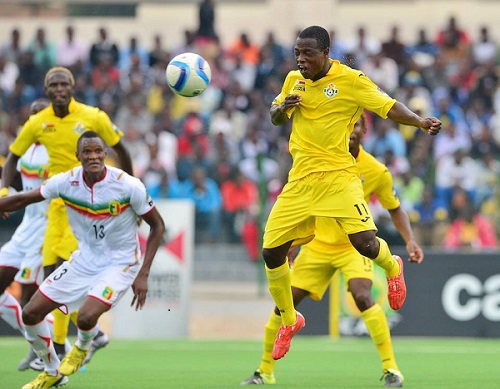 Uganda Cranes play Zimbabwe in the one of the last two Group D matches. The match will be played concurrently with the other group game between Zambia and Mali at the Kigali Regional Stadium in Nyamirambo.

The game means a lot to the two countries. Zimbabwe, even though they have no chance of progressing to the last eight will only be fighting for national pride and on the other hand, Uganda has a realistic chance of making the quarter-finals in case of victory by at least two goals and Zambia overcomes Mali.

Here are the six key battles expected to light up the duel;

Nsubuga is expected to be given a run in to the tournament for the first time. If fielded, his tight marking exploits will be put to great test when he faces the free dribbling Chirambadare. The Chicken Inn F.C player is a gifted left footed winger with a quick change of pace and dangerous crossings.

Zekumbamwira a lanky, strong and very intelligent forward. Blessed with a great first touch on the ball, the Harare City forward is a menace to the opposition defenders given his height. Muwanga perhaps, has the ball sense and can tight back the forward with comfort. The only battle that awaits Muwanga and Kassaga who have been preferred in the heart of theUgandan defence line is the aerial strength.

Ronald Chitiyo vs. Joseph Ochaya:
Chitiyo, like Chirambadare is another cheeky winger. He faces an equally versatile Ochaya at the left flank of the Ugandan line. What an interesting duel to watch.

Zvirekwi is a hard man. He tackles ruthlessly and wins possession often. The Zimbabwe Warriors captain and his encounter with the returning Uganda Cranes captain, Faruku Miya will definitely light up the evening at the Umuganda stadium.

Ssekisambu is arguably the best performer thus far for Uganda at the CHAN 2016 finals. Endowed with blistering pace, the Vipers wide man has had his positional discipline improve time in and out. He is an average dribbler of the ball and facing Dynamos left back, Ocean Mushure will be yet another interesting duel.

Whereas either coaches have different philosophies in football, they habour the same ambition – to assemble the best teams and excel with victory.

Pasuwa is an admirer of the square passing philosophy as Micho has of late adapted the quick counter on the break playing style.

Whoever gets his tactics right on the day will come top. Another exciting battle on the touchline.

Preview: Zimbabwe square off with Uganda