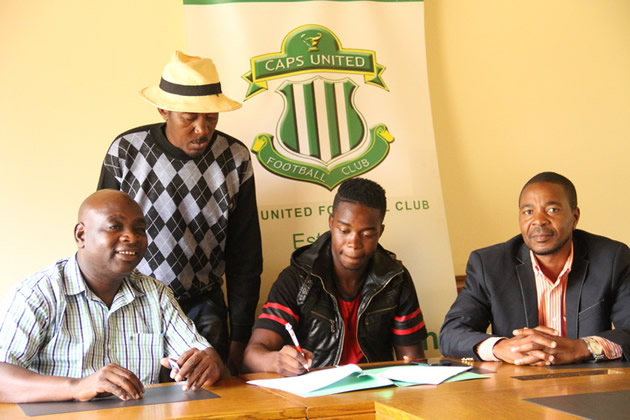 As Caps United seek to bolster their squad ahead of a new season; The green machine made thier 6th signing capturing former Kaizer Chiefs midfielder Abbas Amidu.

Amidu who had briefly trained with Dynamos after a stint in the United Arab Emirates was quickly snapped up by Caps United and signed a contract with the club.

Amidu was signed by Kaizer Chiefs back in 2012 but failed to make an impact before he was offloaded to Black Leopards. He then signed a two year contract with United Arab Emirates Lower Division side Mafasi.