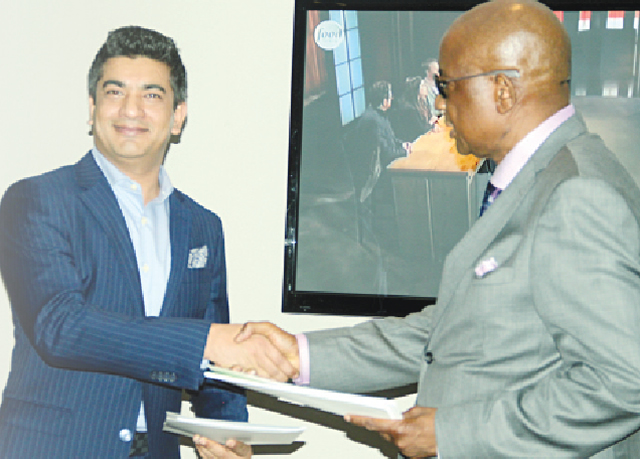 In yet another purple patch for the Philip Chiyangwa led ZIFA, A multi million dollar deal has been signed that could literally extinguish all financial challenges for the soccer mother body.

Phillip Chiyangwa yesterday signed an agreement with Total Sports Marketing (TSM) for the hosting of an international tournament which involves amounts ranging from $40 million to $100 million between now and 2023 that will involve African and Asian teams.

The annual competition will be called the Robert Mugabe Afro-Asia Intercontinental Tournament that is expected to run for the next 8 years.

TSM who recently signed a 9 year deal with Zimbabwe cricket on its Television rights will now partner the Zimbabwe Soccer fraternity.

As part of the agreement Zifa will pocket $5 Million yearly as well as an additional $500000 for junior teams development.

The tournament will target national teams from both Africa and Asia having equal representatives.