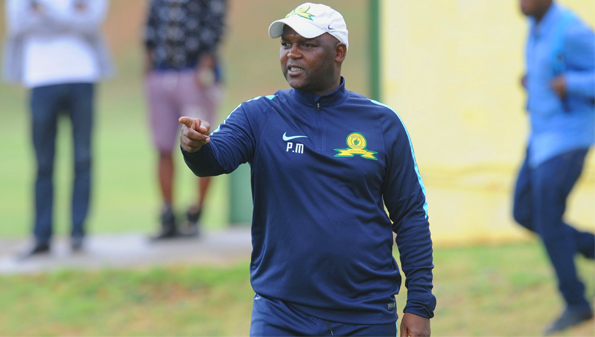 Mamelodi Sundowns coach Pitso Mosimane is confident that his side will reverse matters when they meet Chicken Inn in the second leg of their CAF Champions League clash.

Chicken Inn put a gallant fight in the first leg at Babourfields Stadium over the weekend to narrowly beat the highly fancied Sundowns.

Speaking to Sundowns official website, Mosimane said there are no more excuses but his team will do the job in Pretoria.

“Yes, we lost the match, but the round is not lost. We will have to do the business at home (in two weeks’ time)” Mosimane told Sundowns official website.

“Even before the match, I spoke of the quality of Chicken Inn, so we knew what we were up against. We had noted that they had beaten sides like Highlanders and Dynamos”

“Khama (Billiat) complained about a tight hamstring after the Pirates match, while Debnnnis (Onyango) suffered a knee injury – that is why I did not field the two,” Mosimane said.

“Then we had to substitute Teko Modise at half time because his legs could not carry him through. Leo Castro and Keagan Dolly also struggled with the pace of the game,” he said.

“Chicken Inn looked a lot sharper than us. They sat back and waited to catch us on the counter, and we were aware of this tactic, but eventually they did get the break.

“We played a whole lot more on the counter, and opened up a a lot as we attacked them in search of the away goal. But we just did not have the legs to sustain this,” Mosimane said.