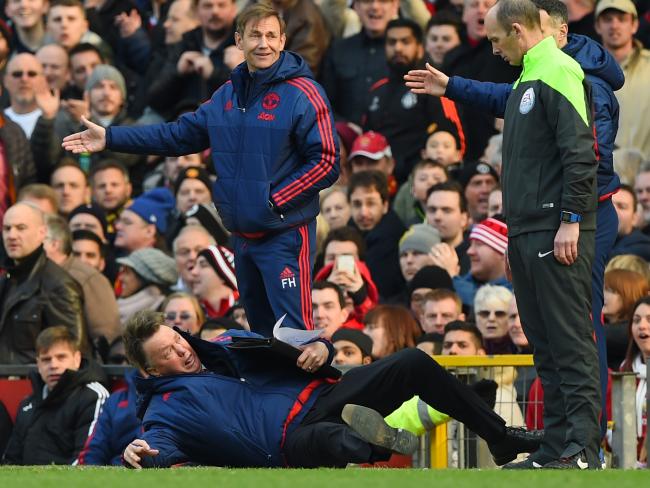 With eight goals in the last two games, Louis van Gaal’s Manchester United is finally starting to provide some entertainment at Old Trafford.

So is the Dutchman himself.

In a moment that drew laughter around the iconic stadium, Van Gaal fell to the ground on purpose while remonstrating with fourth official Mike Dean in the technical area during the second half of United’s 3-2 win over Arsenal in the Premier League on Sunday.

Lying on the ground and still holding his clipboard in his left hand, Van Gaal stared at Dean in mock horror.

Van Gaal said he apologized to the officials for his actions.

Looks like #LVG is out for a while after being stretchered off after the nasty fall 😂😂😂😂😂 pic.twitter.com/gXrTljC5N8