Video assistant referees to be introduced to football 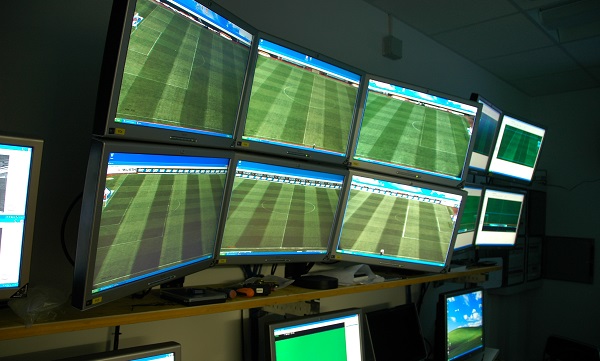 A landmark decision by the International Football Association Board (The IFAB) at its 130th Annual General Meeting (AGM) in Cardiff, Wales, will pave the way for the introduction of live experiments with video assistant referees in football.

Today’s meeting, held at the St David’s Hotel and chaired by the President of the Football Association of Wales David Griffiths, also saw the most substantial revision of the Laws of the Game get the green light plus key outcomes on other agenda items including “triple punishment”.

The first item on the agenda was the comprehensive revision of the Laws of the Game – an 18-month project of The IFAB Technical Sub-Committee, led by former English Premier League referee David Elleray. The IFAB unanimously approved the revision, which they identified as a ‘once in a generation’ opportunity to address anomalies and inconsistences in the Laws.

While the main focus is improving the structure and phraseology – with each Law and interpretation now combined, the word count halved and gender neutral language used throughout – some of the 94 edits also include Law changes that are based on common sense and meeting the needs of the modern game. For example, the ball will be able to move in any direction from the kick-off rather than only moving forward (Law 8), while a player who is injured by a challenge punished by a yellow/red card can now have a quick assessment/treatment on the field rather than having to leave the field which gave the offending team a numerical advantage (Law 5). It represents the most comprehensive revision of the Laws ever undertaken in The IFAB’s 130-year history.

With regard to video assistance for match officials, The IFAB approved in principle a detailed set of protocols for the experiments and agreed they should be conducted for a minimum of two years in order to identify the advantages, disadvantages and worst-case scenarios. The set of protocols were drawn up by The IFAB’s Technical Sub-Committee, with support from FIFA’s Technology Innovation Department, and followed discussions with the Football Advisory Panel and Technical Advisory Panel as well as football associations, leagues, other sports and technology providers. The IFAB agreed that live experiments should be implemented at the latest for the 2017/18 season.

The experiments will be managed and overseen by The IFAB with the support of FIFA. A university will be selected to conduct a research study, which will focus not only on refereeing but also on the impact on the game itself, including the emotions of the stakeholders, in order to provide The IFAB with a strong basis for the decision-making process. The IFAB will meet with interested competition organisers and FIFA in the coming weeks in order to define a schedule for the next 24 months. This will include a pre-testing phase with an experiment done in a controlled ‘non-live’ environment as well as referee trainings, workshops and onsite preparation for experiments to be implemented in two testing phases across a number of competitions/leagues. The experiments of testing phase two will be modified based on findings of testing phase one. Further information will follow once the schedule is defined.

Also on the agenda was the so-called “triple punishment” of sending off, penalty and suspension for the denial of an obvious goal-scoring opportunity within the penalty area. After a long debate, The IFAB unanimously approved a new wording for Law 12 as submitted by UEFA and agreed that it should be implemented globally for a two-year trial period followed by a review by The IFAB.

The modifications to the Laws of the Game made at today’s AGM will come into effect on 1 June 2016.

The 131st Annual General Meeting is set to take place in London on 4 March 2017.

Video assistant referees to be introduced to football