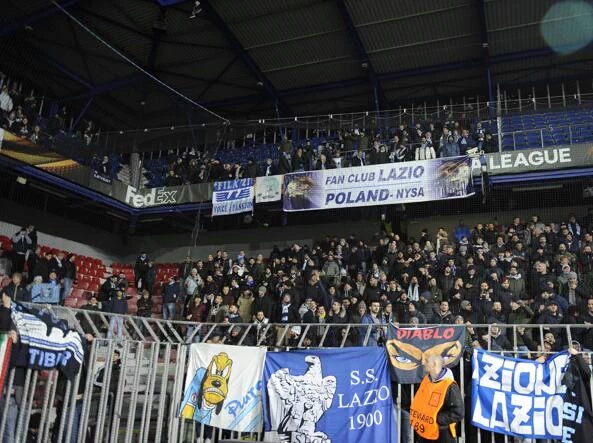 However midway through the match in the first half ugly scenes emerged from the Italian fans who traveled to watch the match as they chanted racist remarks.

The racist chants from the away support was directed at Zimbabwean defender Costa Nhamoinesu.

The referee had to suspend the match on the request of Nhamoinesu who presumably had just enough of the nonsense from the Italian fans.

The match resumed after a UEFA delegate announced in the stadium and warned the Lazio fans of the organisation’s anti-racism stance.

Lazio fans are well-known the world and have taken a name tag as the worst football fans ever.

Lazio v Napoli was suspended last month after Senegalese defender Kalidou Koulibaly was racially abused by the Lazio faithful. The fans received a two match ban for that incident.

Several football analysts have suggested that UEFA must throw out the team from the tournament and send a clear message to its fans.