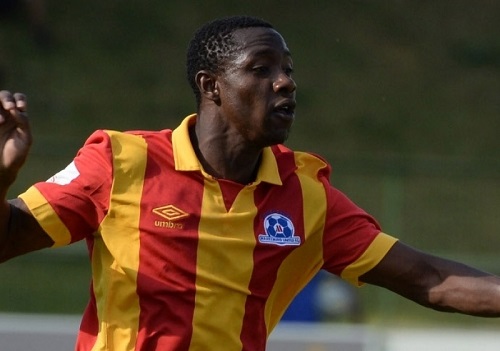 Evans Rusike continued on a purple patch in the ABSA Premiership after his equaliser  inspired Maritzburg to a 2-2 draw against Chippa United in a thrilling match played this afternoon.

The match played a high tempo with both side trading blows created all the 4 goals in the first half. Rusike riffled home on the stroke of halftime to level matters after Chippa had wrestled 2-1 upfront.

The match also featured Zimbabwe International defender Eric Chipeta, who was at the heart of defence for Chippa. Ironically the two Zimbabwean players played together for Hwange football club back home.

Rusike has now scored 7 goals in the ABSA Premiership.