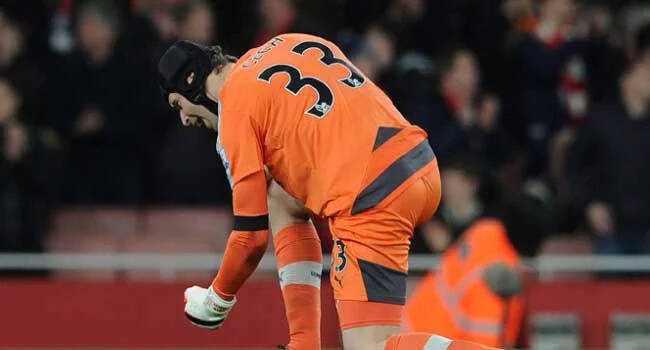 Arsenal goalkeeper Petr Cech was voted Czech Republic player of the year for 2015, the former Chelsea stopper picking up the award for a record eight time.

Cech first claimed the award in 2005, the year he was instrumental in helping Chelsea win a first English league title for 50 years.

The 33-year-old left Chelsea for Arsenal at the end of last season after securing four Premier League titles and a Champions League winner’s medal. He also set a club record 220 clean sheets with the Blues.

Cech sustained a calf injury in the FA Cup defeat to Watford on March 13 but is expected to be back in action shortly after the upcoming international break.

Arsenal are third in the Premier League, 11 points behind leaders Leicester City with eight matches remaining as they pursue a first English league title in 12 years.