Evans Rusike’s goal not enough to save Maritzburg 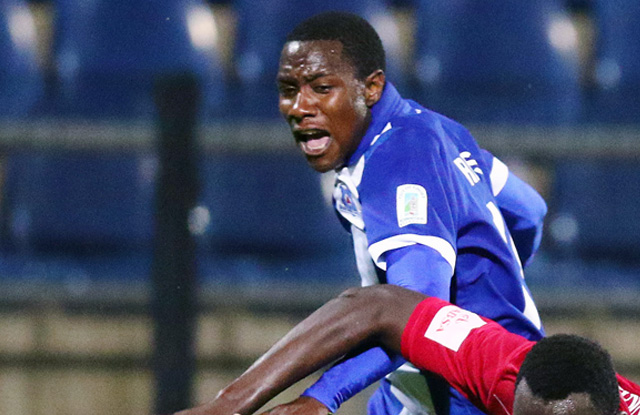 Impressive Evans Rusike continued with his good run of form in the ABSA Premiership scoring yet another goal for Maritzburg United but unfortunately in a losing cause.

Rusike scored his 7th goal of the season as Maritzburg lost 2-1 to Supersport and moved closer to the relegation zone.

Rusike burst Maritzburg in the lead on the 28th minute but Bradley Grobler and Jeremy Brockie scored in the space of 90 seconds in the second half to hand Supersport the victory.

The match also featured Kingston Nkhatha in Supersport ranks but could not find the target though he had a good outing the entire 90 minutes of the game.