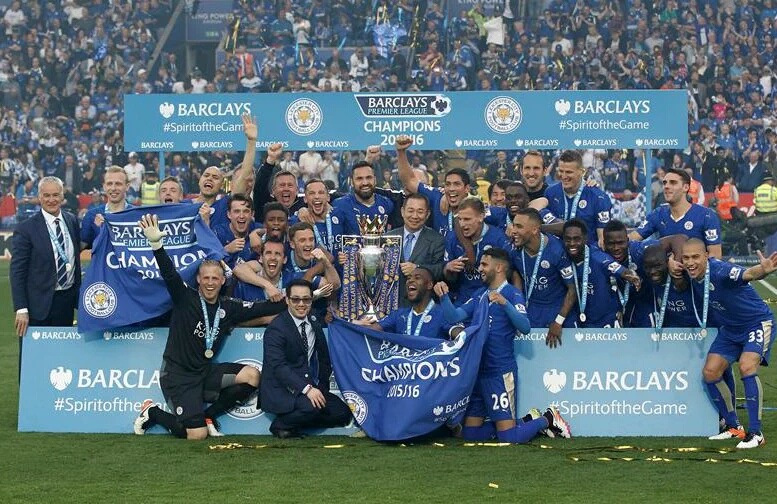 Leicester City have been crowned Premier League champions on the most historic day in the club’s 132-year history.

Wes Morgan lifted the trophy above his head amid a party atmosphere as Claudio Ranieri’s side beat Everton 3-1 at the King Power Stadium.

Jamie Vardy scored twice either side of a goal from Andy King, a player who has been with the club through their time in the third tier.

He is the first player to win League One, the Championship, Premier League with the same club.

The afternoon began with crowds of people flocking around the stadium and around the city as the atmosphere reached fever pitch.

Opera singer Andrea Bocelli got eyes watering inside the stadium as he sang Nessun Dorma and Time to say Goodbye before kick-off.

After a performance of champions, Morgan lifted the trophy aloft in front of 32,000 jubilant fans before the players performed their lap of honour.