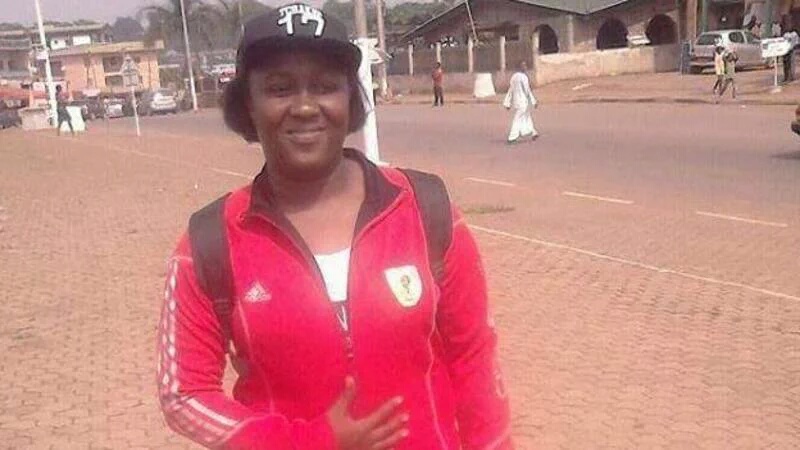 The Cameroon Football Federation (Fecafoot) has announced the death of Jeanine Christelle Djomnang on Sunday according to BBC Sport.

The 26-year-old goalkeeper collapsed during her warm-up before a Femina Stars Ebolowa match in southern Cameroon, and was rushed to hospital.

Fecafoot says initial reports suggest she died of a heart attack but it is now awaiting formal medical report.

The news comes less than 48 hours after the death of Cameroon international Patrick Ekeng in Romania.

Djomnang complained of chest pains as she prepared to take on Louves MINPROFF Yaounde in the Cameroon elite league and died on her way to hospital.

Cameroon’s African Women Footballer of the Year Gaelle Enganamouit, who now plays in Sweden, was one if the first to react to the news.

“It’s with sadness that I have learnt of the death of my team-mate Djomnang Jeanine Christelle of Femina Stars Ebolowa, may her soul rest in peace,” she wrote on social media.