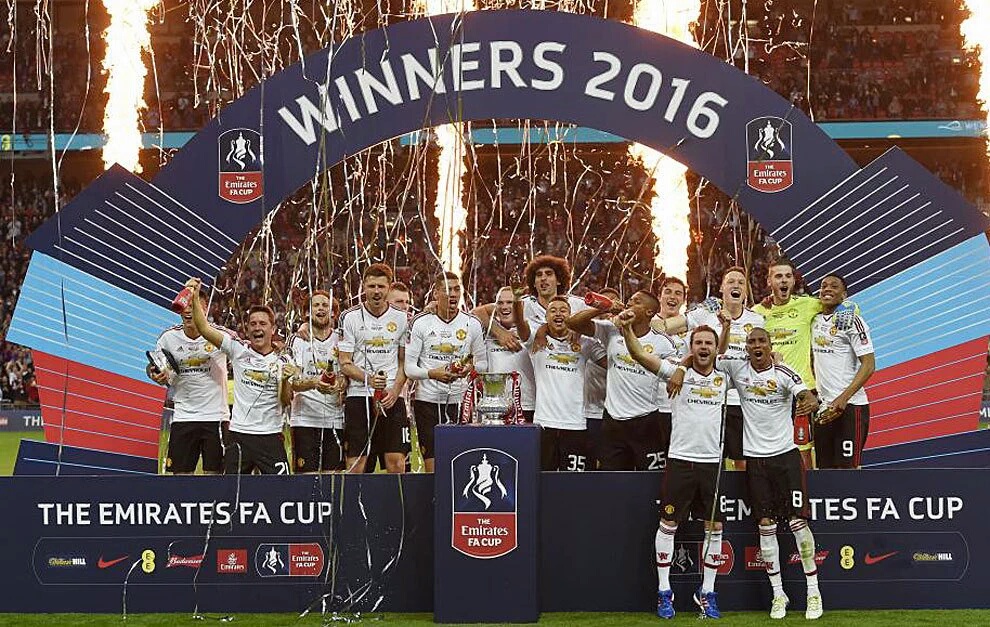 However, their Dutch manager Louis van Gaal was left wondering whether it would be enough to preserve his job two seasons into a three-year contract amid British media reports that Jose Mourinho would be offered the job next week.

The game was locked at 1-1 after 90 minutes, Jason Puncheon coming off the bench to put London side Palace ahead 12 minutes from time before Juan Mata equalised three minutes later.

United central defender Chris Smalling was sent off in the extra period for a second yellow card but Lingard produced a moment of class to give under-pressure Dutch manager Louis van Gaal a first trophy in his two years at Old Trafford.