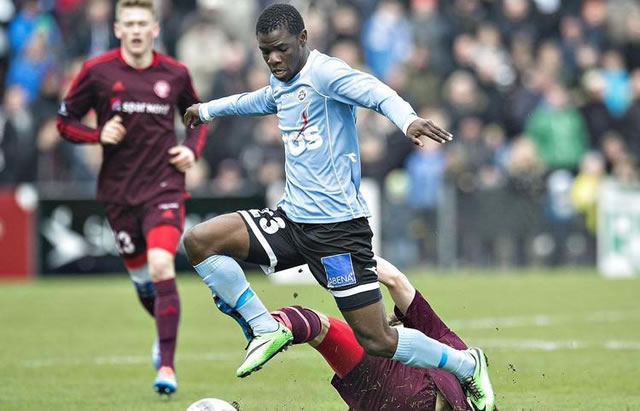 There remains an untold story of Zimbabwe International Silas Songani who is set to play in Europa League next season after securing a top 3 finish for his club SønderjyskE guaranteeing a place in the tournament play offs.

Songani’s Denmark Super Liga side SønderjyskE are sitting comfortably on 2nd spot with one match remaining having already secured the spot for Europa League football next season.

Though predominantly used as a substitute in the current season, Songani has been instrumental in lifting his side to a commendable position. He managed 15 appearances in the 2015/16 season with 13 of those coming from the bench, he also has one goal to his credit.

The former Harare City midfielder still has 2 years remaining to his contract and will be hoping to work harder to earn more appearances. He will join fellow compatriot Costa Nhamoinesu who has already qualified for the European’s prestigious club competition.

Meanwhile, Hobro IK in the same league which is home to Quincy Antipas and youngster Tanaka Chinyahara will be relegated to the lower Division for their bottom finish on the log standings.