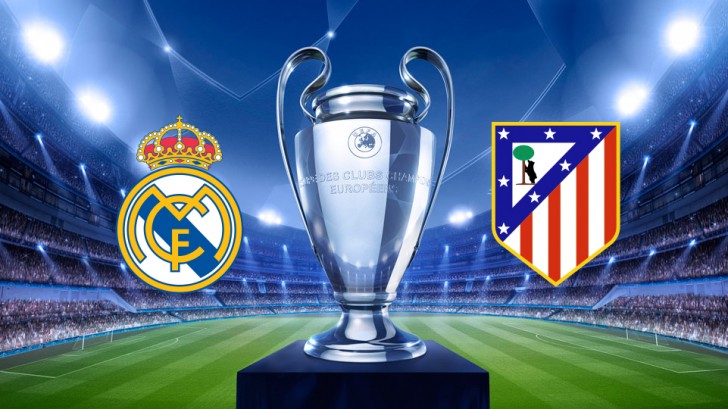 Revenge is in the air in the Atletico camp. Diego Simeone’s side looked set to complete the double two years ago, with the La Liga champions seconds away from lifting the coveted Champions League trophy.

But Sergio Ramos’ headed equaliser in the third minute of stoppage time saw the game go to extra time, and Real finished with a flattering 4-1 victory.

Simeone has seen some of his top players move on since then, including Diego Costa and Thibaut Courtois. But Atletico remains a powerful force, managing to muscle into the La Liga elite made up of Real and Barcelona.

Real Madrid have been given an injury scare ahead of the crucial Chapions League final against Atletico Madrid. Cristiano Ronaldo limped out of training on Tuesday after a collision with goalkeeper Kiko Casilla. While he immediately stated that he would be fit, there have been similar proclamations made about Ronaldo’s fitness before only for him to be less than 100 percent.

It is almost impossible to imagine Ronaldo not starting. However, if he is less than his best, it will hobble Real Madrid not only on the attacking end but without the ball, especially against a side capable of exploiting passengers like few others.

In 15 matches since Atlético ended a 25-match losing streak against their neighbors in the 2013 Copa del Rey final, Los Colchoneros have had the upper hand in the rivalry. Real Madrid’s lack of balance and lack of physicality, particularly in midfield, has been repeatedly exposed. Such was the case in their most recent meeting three months ago, when Atlético won 1-0 at the Bernabeu.

Simeone is likely to adopt the same tactics this time around. Atlético’s ability and willingness to sit deep and stay compact can limit Real Madrid’s main weapon of their searing pace on the break. But Atlético’s counter-attacking threat, chiefly though Antoine Griezmann, can also expose Real Madrid’s backline, which through the attacking instincts of Marcelo and occasionally poor decision making and overly proactive nature of Sergio Ramos and Pepe can be vulnerable.

Also key will be the midfield, where Atlético are likely to be robust in the center with inspirational and dogged captain Gabi sitting alongside Argentine Augusto Fernández. Outside of them, the exceptional Koke is a central midfielder only nominally playing wide, while Saúl Ñíguez, although capable of the brilliant as he showed in the semifinals against Bayern Munich, will also come inside.

Yet Zidane looks to have learned at least one major lesson from that February defeat. Sitting on the bench throughout those 90 minutes was the one natural defensive midfielder at Real Madrid’s disposal, Casemiro. It is no coincidence that in every match since then that he has been fit and available, the Brazilian has been in the starting lineup.

He may be far from a world beater with the ball at his feet, but he helps give Real Madrid at least some of the balance they otherwise sorely lack. It will mean that two players with more ability and glamor, James Rodríguez and Isco, are likely to be watching on for much of the night from the substitute’s bench.

It is an interesting development that Zidane, a Galactico player at Real Madrid, has been both willing and able to move somewhat toward a more coherent team structure at the expense of some brilliant individuals. There is an element of that, too, in the selection of Dani Carvajal at right-back ahead of the far less defensively sound expensive acquisition from last summer Danilo.

The star players Zidane does field have also shown flashes of more of a blue-collar ethic, notably with Ronaldo even seen defending in his own penalty area in the win over Barcelona in April. If Real Madrid are to have their star quality shine through and emerge with their 11th European Cup on Saturday, they will likely need the likes of Ronaldo, Bale and Karim Benzema to match the commitment of their working-class neighbors