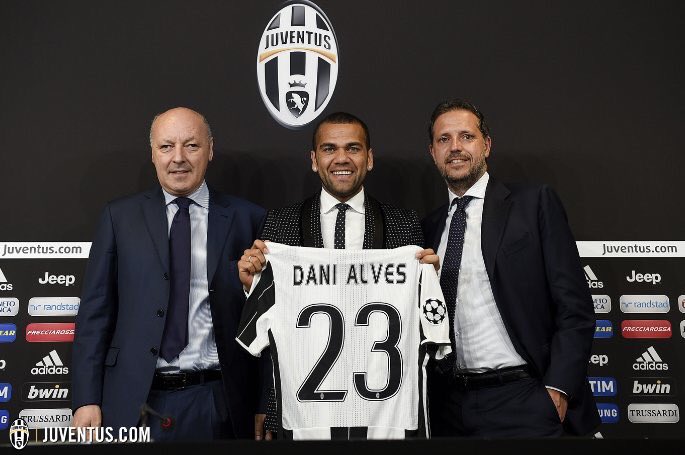 Dani Alves has finalised his move to Juventus from Barcelona on a free transfer.

The Brazilian, who won 23 trophies during an eight-year spell at the Camp Nou, has signed a two-year deal with the Italian giants, who swooped for the right-back after he turned down a new deal at Barca.

The 33-year-old was unveiled to the media today, telling reporters that he intends to help Juve win the Champions League for the first time 1996.