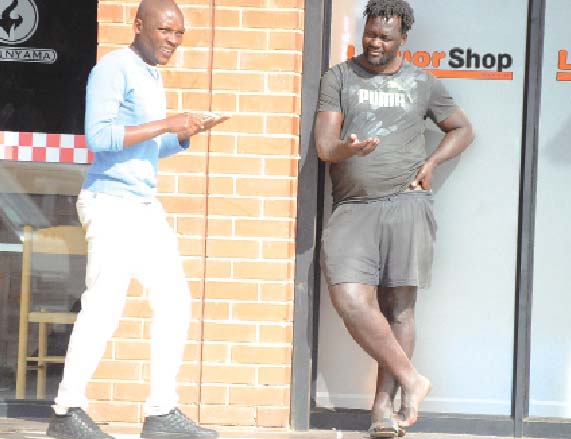 The fall of former Warriors defender David Mkandawire who is literally living a destitute life has called on fellow players and fans alike to help the Zimbabwean.

Mkandawire who played for Bulawayo based Amazulu football club before moving to South Africa were he turned out for Maritzburg United and Pretoria University can be seen milling around the streets of Kempton Park begging for money.

Zimbabwe football spokesperson Xolisani Gwesela said they would discuss and see how they can assist Mkandawire, a former Zimbabwe national team player.

The New Age yesterday saw the pitiful sight of Mkandawire, who was outside Shoprite in Kempton Park, barefoot, in dirty black shorts and a black Puma T-shirt.

“We are trying to make arrangements for his mother to come to get him. Maybe if he could be with his family something could be done,” Mkandawire’s former friend who refused to be named, said.

Former Warriors Goalkeeper and newly promoted Highlands Park’s goalkeeper Tapuwa Kapini told the Herald that a few players have gathered some funds so that Mkandawire’s family can come from Malawi were they are saying to come and repatriate the player.

“His mother needs to get a passport to travel to Johannesburg from Malawi to get him. The money will go towards her acquiring travel documents, transport and accommodation. It’s quite a sad scenario and we’re asking for more donations,” Kapini said.

However Mkandawire’s unnamed friend revealed that the former player will need Psychiatric help before any help can be rendered.

“I suspect David has a mental problem and needs psychiatric treatment before we consider repatriating him to Zimbabwe,” his friend said.