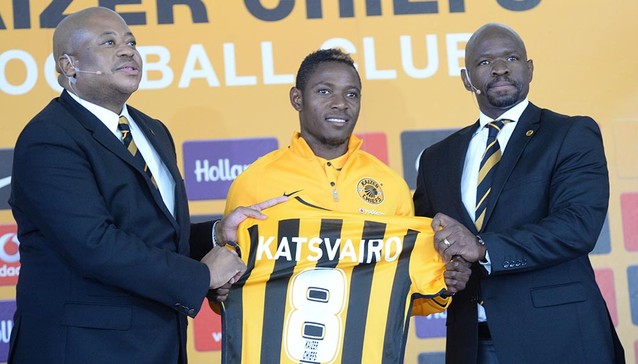 The two Chicken Inn players were swooped by the Soweto giants were Katsande is highly tipped to land the Captain’s armband. The two players impressed and were key members in Chicken Inn’s landing of he league title.

Katsande however pleaded for the players to exercise patience since Kaizer Chiefs is a top club with demanding fans.

Katsande told the Herald “I must warn them too that Chiefs have no patience because of demands in the field. The fans are always expecting us to do well and now that we didn’t win anything last season, the pressure is even more,

“With the arrival of more players, the expectations are really high I must say,’’ Katsande said.

Katsande who is the reigning club’s player of the year also adviced the players to up their games since SA club target foreign players to slot new arrivals.