Marco Materazzi reveals what he said to Zidane before that headbutt 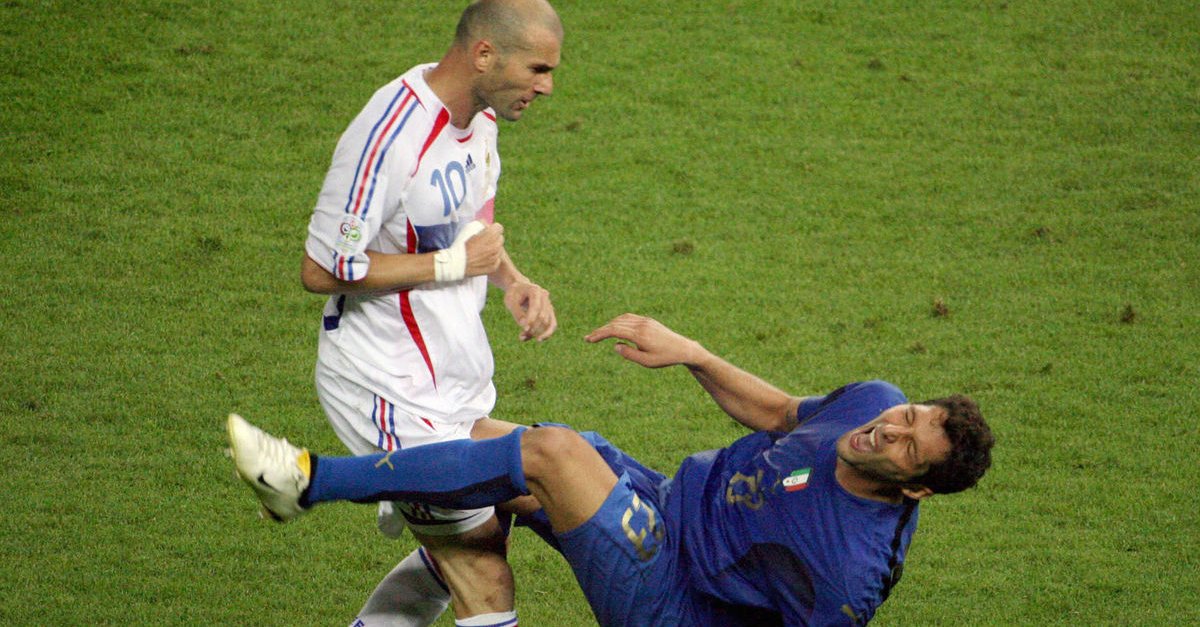 On the 10th anniversary of the 2006 World Cup Final between Italy and France, former Azzurri defender Marco Materazzi insists he did not insult Zinedine Zidane’s mother.

The Les Bleus captain, who opened the scoring in Berlin from the penalty spot after seven minutes, was shown a straight red card in the second half of extra-time on his final game as an professional footballer after head-butting Materazzi as the pair clashed off the ball.

Many have speculated that Zidane angry reaction was triggered by comments from Materazzi about his mother, but the Italian, who netted the equaliser 10 years ago, has stressed that wasn’t the case.

“What I said was in reference to his sister, not his mother, like I have read in some newspapers,” he told L’Equipe on Friday.

“My mother died when I was a teenager, when I was 15, so I would never have stooped as low as to insult his mother.

“I have never understood why that incident reached such levels of notoriety. The only thing I want to remember from that day were my goals.

“Sometimes, in Italy, I meet fans on the street and they say to me: ‘Marco, you did well giving him that headbutt!’

“And it makes me angry because… I was the one who was on the receiving end!

“But it shows just how strange it is that the story has been told and altered. It’s no big deal, I don’t resent it, and I never will.”

That incident ultimately tipped the game into Italy’s favour as Zidane would surely have been among the list of penalty takers for France, however, in his absence David Trezeguet was the only player to miss in the shootout as Marcello Lippi’s side were the ones celebrating at the final whistle.

Materezzi converted his spot-kick in that final and would go on to retire from international football two years later following Euro 2008.

Meanwhile Zidane has since gone into coaching and was appointed as Real Madrid manager earlier in the year, ending last season by guiding them to an 11th Champions League trophy.