Preview: Portugal vs France tonight in the Euro 2016 Final! 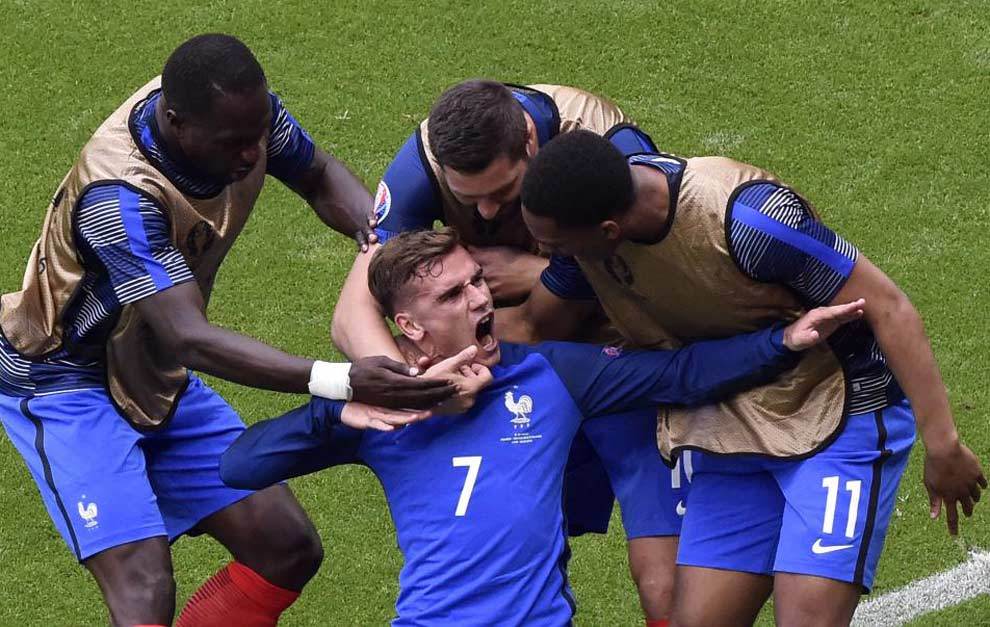 A new champion of Europe will be crowned Sunday. But will it be France or Portugal? A preview of the European Championship final:

How they got here: Both teams managed 2-0 victories over their respective semifinal opponents. Portugal beat tournament underdogs Wales by netting two just after halftime, while France’s Antoine Griezmann tallied his fifth and sixth goals of the tournament to push Les Bleus past World Cup champions Germany.

What to expect: This final is France’s to lose. It’s the host country. Its attack boasts three of the tournament’s top scorers, in Griezmann, Olivier Giroud and Dimitri Payet. Captain Hugo Lloris has led by example from in between the posts, allowing just four goals so far in the tournament. And Les Bleus, who hasn’t lost to Portugal in 10 matches, are riding high after a deserved 2-0 win over fellow favourites Germany. Overall, the host is the better of the two teams; it will be up to France to prove that. That’s not to say Portugal doesn’t have the ultimate game changer in captain Cristiano Ronaldo. If he is able to impose himself on the game as he did when the Portuguese beats Wales, anything can happen. But it’s France that has the edge.