West Ham have confirmed the £20.5m signing of Andre Ayew 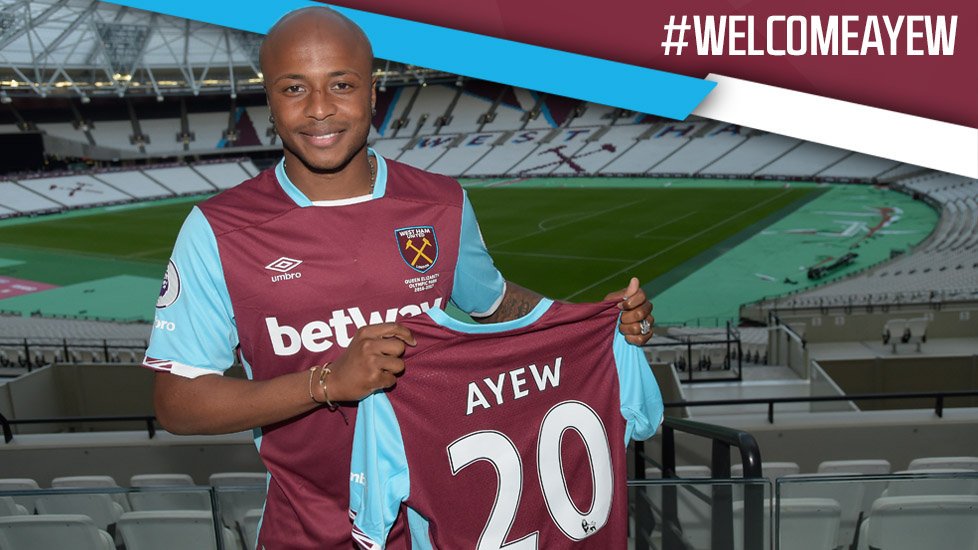 Following the capture of left-back Arthur Masuaku from Olympiacos, West Ham has announced the signing of striker Andre Ayew.

Ayew, 26, spent just one season with Swansea City – a successful one – scoring 12 goals in 34 Premier League appearances. He had a number of big moments, including an 86th minute winner over Aston Villa, plus a stellar one-goal, one-assist performance in a 2-1 win over Manchester United.

He now becomes the club’s record transfer capture, with a $22.7 million price tag.