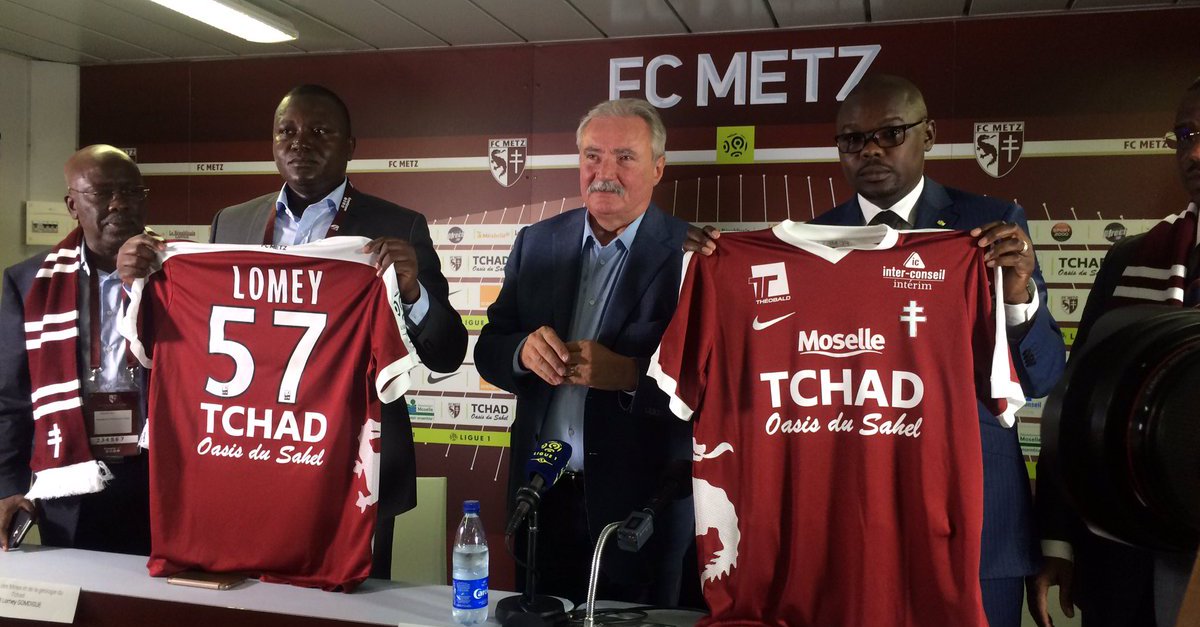 Chad, one of the poorest countries in the world, has made the controversial decision to become FC Metz shirt sponsor for the 16/17 season.

French Ligue 1 side, FC Metz has announced Chad as the new main kit sponsor. The deal is reportedly valued at $17.69 million.

But none of the parties has confirmed the amount. The Chad Government has allayed fears that public money, from the poor country, has been used for the deal. Instead, the Government said, local companies financed the deal.

Chad hopes the sponsorship will create a more positive image for the country; to encourage more tourists to visit. FC Metz 16/17 kits will display TChad: Oasis du Sahel (Chad: Oasis of the Sahel) in the hopes to realize this goal.

Chad withdrew from 2017 Africa Cup of Nations qualifiers group G due to financial difficulties. Egypt qualified top of the group.