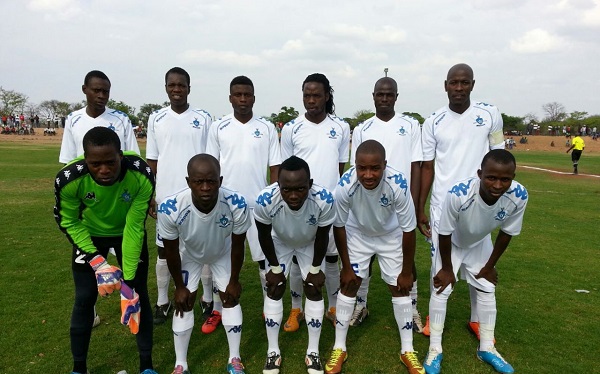 Highlanders impressive 9 match winning streak came to an abrupt end as they fell 1-0 to a spirited Ngezi Platinum in an exciting semifinal duel at Babourfields Stadium.

Highlanders started the brighter of the two teams and Gabriel Nyoni almost scored an opener in the fifth minute with a a header from inside the box, but his attempt drifted wide of the post.The home side, which was Ngezi Platinum continued to dominate with James Nguluve’s enterprising runs, while Erol Akbay’s side struggled to create many moments of threat in the early stages of the game.

Partson Jaure, James Nguluve  and Bulaji linked up for Ngezi Platinum before Bulaji unleashed a shot, which was deflected wide by Tendai Ndlovu in defence for Highlanders.

As the clock ticked by, Highlanders were more encouraged by their ability to keep the hosts quiet, but they still struggled to cause trouble for young goalkeeper Nelson Chadya.

At the other end of the pitch, Nguluve showed some impressive skills combining well with Partson Jaure who was bossing th right wing, and edged into the box before striking a low shot, which went wide.

Highlanders began to show signs of promise after the half-hour mark when Eric Mudzingwa found space but only to shot wide. Gabriel Nyoni followed shortly, but his header glanced over the bar.

A few minutes later Ngezi Platinum thought they had found the opener but the referee disallowed the goal for offside.

After the break both teams started cautiously sizing each other but Ngezi Platinum threatened on the break.

The game become quite stretched as the clock ticked along, but Highlanders edged the opportunities, one of which resulted in Gabriel Nyoni blazing over the bar.

It looked as though the game was heading for a stalemate as neither side could find that clinical touch, but the exciting James Nguluve came through for Ngezi Platinum forcing defender Peter Muduhwa to handle inside the box for a penalty.

The goal came from the resultant Penalty kick, Liberty Chakoroma did not make a mistake from the spot kick.

Ngezi Platinum who remarkably are in their debut season will square off against FC Platinum in the final of the Chibuku Super Cup.