Foreign based Zimbabwean players Round Up 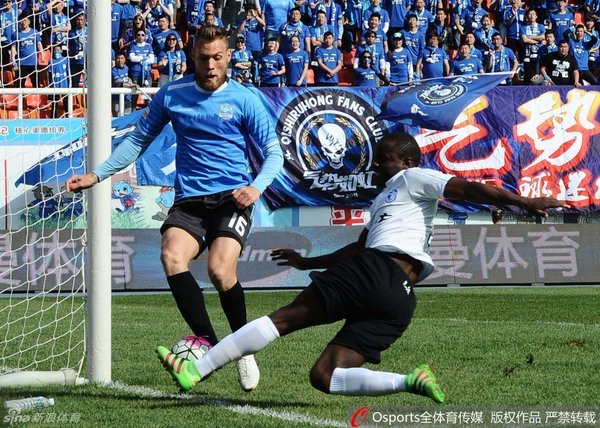 Khama Billiat (Mamelodi Sundowns, South Africa)
Khama Billiat was the peak of the Zimbabwean football ambassadors over the weekend as his team was crowned the champions of African Club football despite going down 1 nil to Egyptian giants Zamalek. They emerged eventual 3-1 winners on aggregate.

Nyasha Mushekwi (Dalian Yifang, China)
Nyasha Mushekwi closed the season in Chinese League One on a scoring note despite his team going down 3-1 to Qingdao Huanghai in the season finale.. Mushekwi finished the season as the 2nd best scorer in the league with 2 behind Brazilian’s Luis Fabiano. On the other hand Yifang ended the season on a commendable 5th position.

Knowledge Musona (KV Oostende, Belgium)
Knowledge Musona proved to be the main man for KV Oostende as he was involved in both the goals scored in his side’s 2-2 draw against Kortrijk. With his side down 2 nil with under 5 minutes left of play, Musona assisted a goal scored by Dimata. He then fired a shot in injury time which was deflected in goal by a defender to earn his team a valuable point.

Matthew Rusike (Helsingborgs, Sweden)
Mathew Rusike came on as a 76th minute substitute in as his team drew 0-0 with Orebo.

Marshall Munetsi scored in Baroka’s FC’s 3-1 win over Platinum Stars in the Telkom Charity Cup. Munesti who is on  loan from Orlando Pirates  scored the third goal in fancy fashion lobbying over the keeper