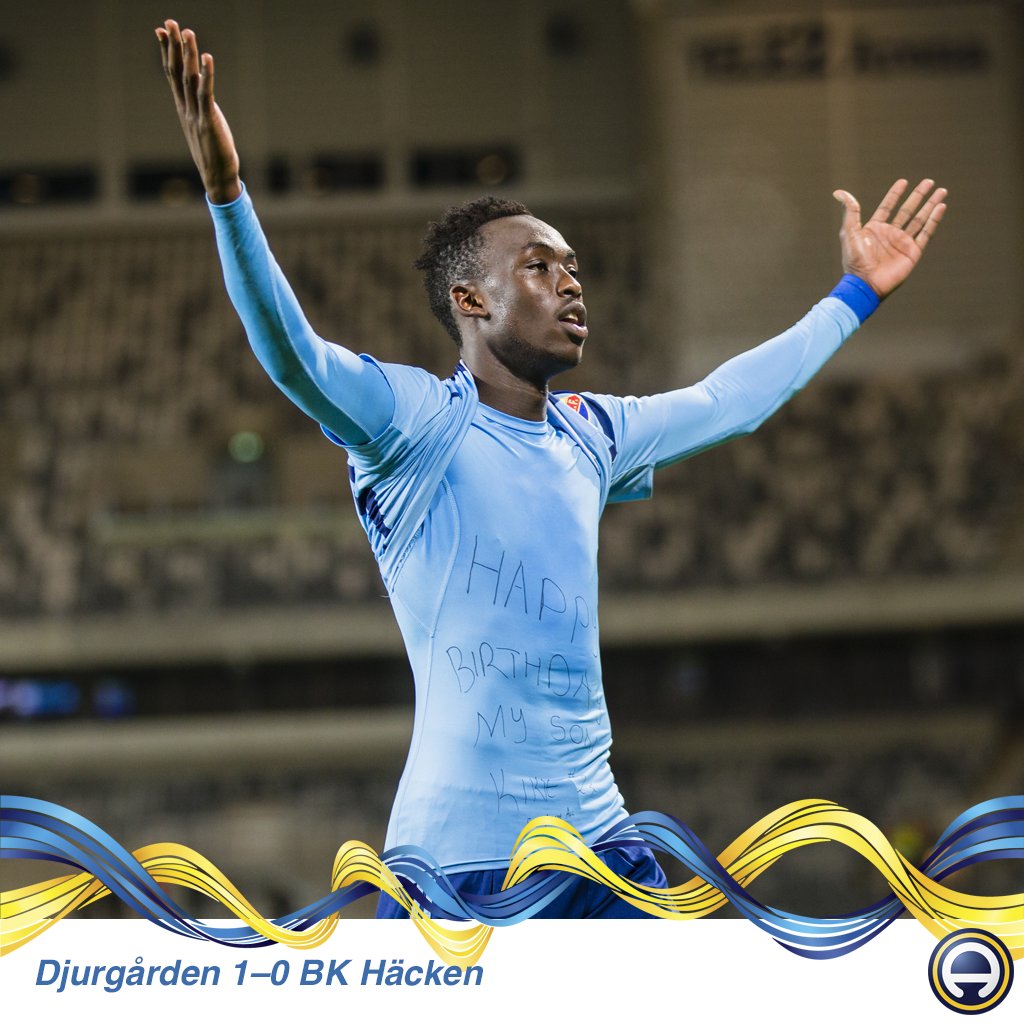 Former Harare City forward Tinotenda Kadewere returned back to soring was as he made sure Djugardens got all the three points wih a 1 nil victory over Hacken.

Kadewere scored in the 67th minute, a goal he dedicated to his son who will be celebrating his birthday today.

thank you my lord for the goal, goes to my son who is having a birthday tomorrow #godaboveall… https://t.co/f5RDAAu5Xs

Despite the 20-year-old Kadewere being surrounded by three defenders, he kept calm, looked up, found the gap between all the defenders and put the ball behind goalkeeper Peter Abrahamsson.

His direct hit in the 67th minute was decisive and secured three points for Djurgården.

However,it was goalkeeper Kenneth Høie who got most of the fans love.

The goalkeeper kept a clean sheet in the last home game of his career with Djurgarden in the 1-0 victory against Hacken.