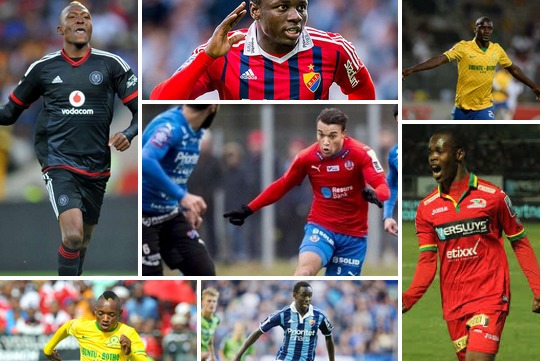 Coach Kallisto Pasuwa has just under 2 months to finalise his Warrior squad before the Gabon AFCON 2017 kicks off. One of his biggest issues is likely to be selecting which of the various strikers to opt for. Making the right choice could make all the difference between winning and losing. Below are the 3 of several most popular options at the moment along with the reasons why he should or shouldn’t utilise them.

1. Knowledge Musona
Belgian Pro League’s KV Oostende main man is currently the most Warriors capped of all strikers, appearing in 38 matches for the Warriors and scoring 16 National team goals. After signing for the club last year, he’s gone on to score 17 goals for the club. All this despite usually picking up some form of injury every year. Musona has made 48 League appearances in total and spent 4656 minutes on the pitch. He therefore averages a goal for every 97 minutes on the pitch. Statistically, this means that Musona scores 1 goal for every 2 games that he plays 90 minutes in. He’s proven to score consistently when he stays fit.

2. Nyasha Mushekwi
He’s Like Aguero, the Chinese based also has an excellent scoring record from last season. In his Chinese League 1 debut season for Dalian Yifang, Mushekwi scored 20 times the 30 matches he played finishing just two goals behind the league’s leading scorer Brazillian Luis Fabiano. This gives him a better return than Musona and he also managed to add 16 assists in the season. Musona by comparison has had 11 in his previous season in Belgium. However, Pasuwa may take into account the fact that he was playing in a much less competitive league and is completely unproven in the European standards. He is proven however having played in Sweden for Djurgadens last season – In Sweden he proved his worth scoring 12 goals in 21 appearances. We say choose Musona for reliability or take a small risk Mushekwi if you feel confident. He should still return plenty of goals whatever happens. For the Warriors he has 3 goals in 13 appearances.

3. Tendai Ndoro
Tendai Ndoro can be unplayable at times, but he also has days where the ball just won’t go into the net. Last season was almost offloaded by Orlando Pirates. In 17 games, he scored 5 goals and added a further 6 assists. This season he has been ruthless in front of goals scoring 9 goals in 9 matches- (Thats an astonishing average of a goal every game he plays) Therefore, with a total of 1829 minutes on the pitch, Ndoro averages a goal for every 130 minutes.