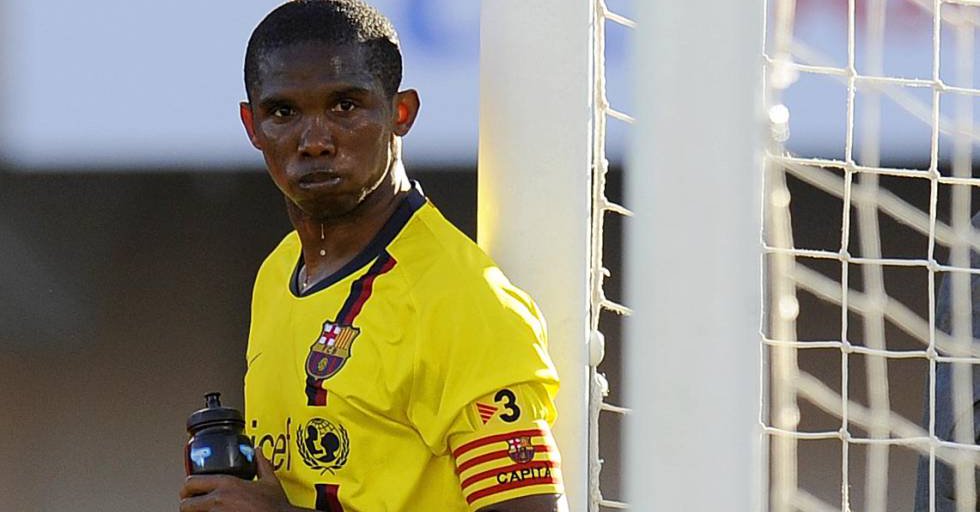 Antalyaspor of Turkey football star Samuel Eto’o faces up to 10 years imprisonment and a huge €14m fine for tax crimes committed while he played in Spain.

According to Spanish paper, El Pais, the Cameroon footballer’s alleged tax crimes date from 2006 to 2009 when he played for Barcelona, and he managed to defraud the Spanish government of about 3.5 million euros through an illegal, well crafted structure for his image rights.

According to the report, 35 year old Eto’o, started two companies, one in Spain called Bulte opened in 2002 and one in Hungary called Tradesport which allowed him to cleverly divert his image rights and avoid paying for tax . He also through the company structure, allegedly avoided paying tax for the huge money (about 1.5 and 3 million euros a season) he received from his sponsorship with sportswear giants Puma.

Spanish prosecutors are demanding Eto’o be fined around £12m (‎€14m), as well a 10 year imprisonment term.