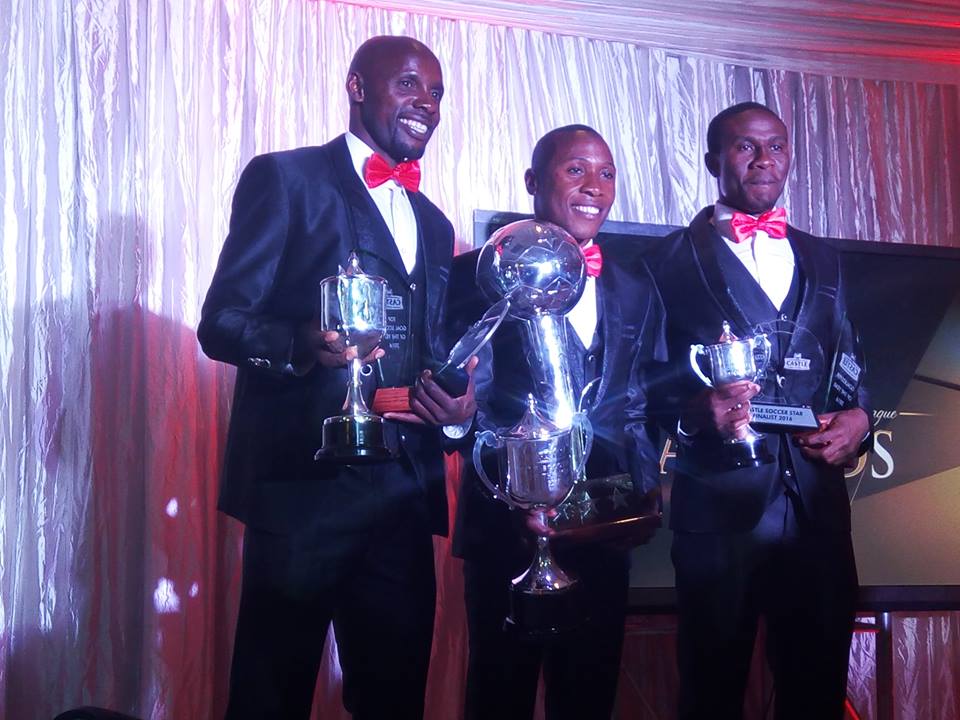 Hardlife ‘Nairobi’ Zvirekwi has been crowned Soccer Star of the Year at a colourful function in Harare, to cap a fine season where he guided his Caps United side to Castle Lager Premier Soccer League glory.

The Defender beat off strong competition from teammate and golden boot winner Leornard Tsipa and FC Platinum’s goalkeeper Petros Mhari , who were named first and second runners- up respectively.

Caps United Coach Lloyd Chitembwe was named the Coach of the Season, reward for leading his team to their first-ever championship since 10 years ago.

FC Platinum’s Petros Mhari, got the Goalkeeper of the Season award, as the champions and runners up dominated the podium.

The winners were voted for by a panel of selectors, who included football writers, coaches and team captains.

The Referee of the Year, voted for by the Zimbabwe Soccer Referees’ Association, is Ruzive Ruzive. His first and second runner-ups are Thomas Kusosa and Salani Ncube.

The night, though, belonged to Zvirekwi, who claimed the top prize mainly due to his consistency throughout the season, leading his team to the title.