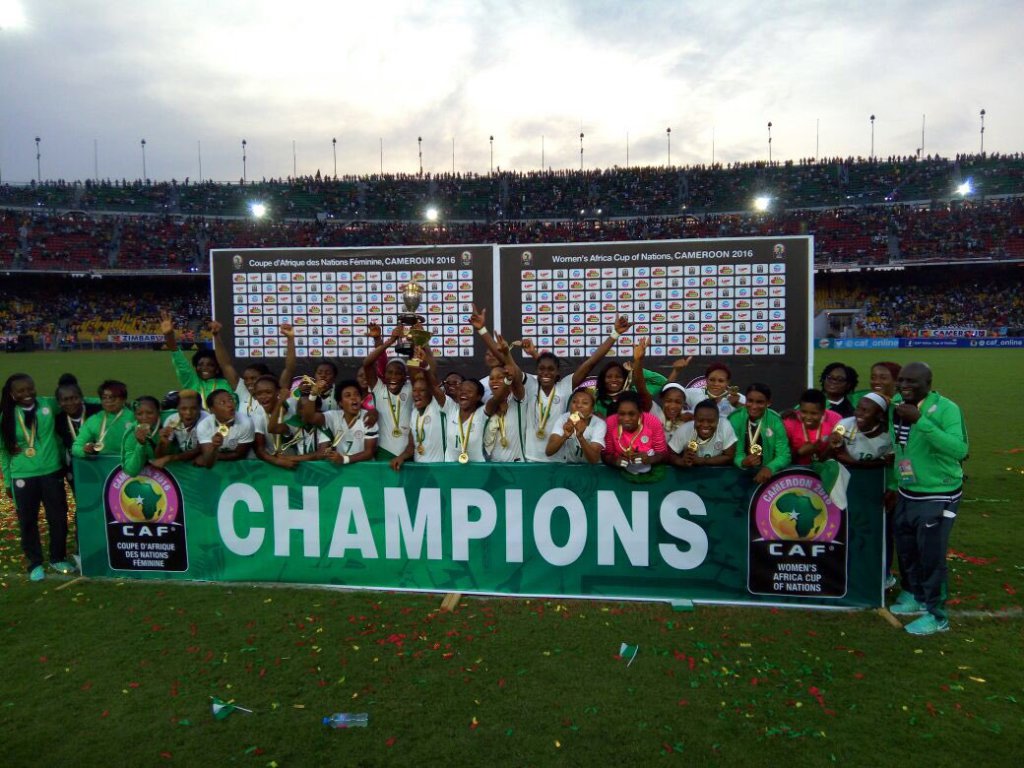 The Super Falcons of Nigeria have won the 2016 women’s Africa Cup of Nations ahead of their Cameroonian counterparts.

The Falcons beat host Cameroon 1-0 in front of their home crowd in Yaounde, to win the AWCON cup for the eighth time, since the tournament became a biennial event in 1998.

A late goal from Desire Oparanozie ensured that Nigeria would hold on to the trophy they won in Namibia two years ago.

The Super Falcons have dominated this competition, winning all but two of the ten editions played so far.

In a repeat of the 2014 final, Cameroon finished as runners-up again despite enjoying massive home support.

In front of Cameroon president Paul Biya, the hosts had the best of the first half, with a number of chances for Aboudi Onguene, but the Indomitable Lionesses failed to make the most of their opportunities.

In the second half, Oparanozie, who also scored Nigeria’s winner against South Africa in their semi-final, hit the decisive goal again when she broke the deadlock seven minutes from time.

She followed through on a pass from the tournament’s leading scorer Asisat Oshoala to give her team the trophy.