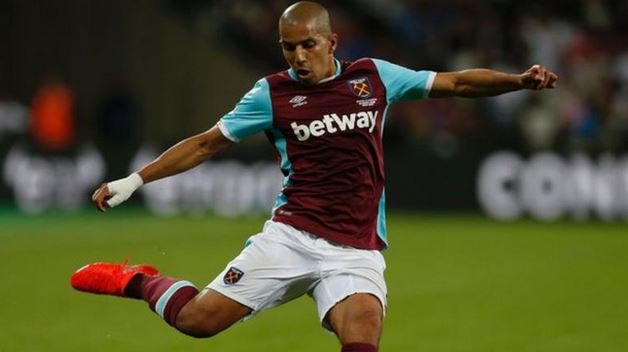 West Ham midfielder Sofiane Feghouli and Leganes defender Carl Medjani were dropped from the Algerian squad that will play in this month’s Africa Cup of Nations due to their lack of playing time with their respective clubs, coach Georges Leekens revealed on Monday.

Leekens has announced a provisional list that saw the absence of the duo who played regularly for the Algerian national team in the past two years.

Feghouli played only eight games with the Premier League side West Ham, while Medjani made ten appearances with La Liga side Leganes so far.

Sofiane Feghouli got rewarded for not going to Afcon 2017 with his first start for West Ham against Manchester United last night, but got a red card for going in on Jones.

“Feghouli and Medjami are good players but the problem is that they lost the games rhythm due to their lack of playing time,” Leekens told a news conference on Monday.

“They will have a role with the national team but not now as there are other players who are more ready than this duo.”

Algeria will play in Group B with Senegal, Tunisia, and Zimbabwe.