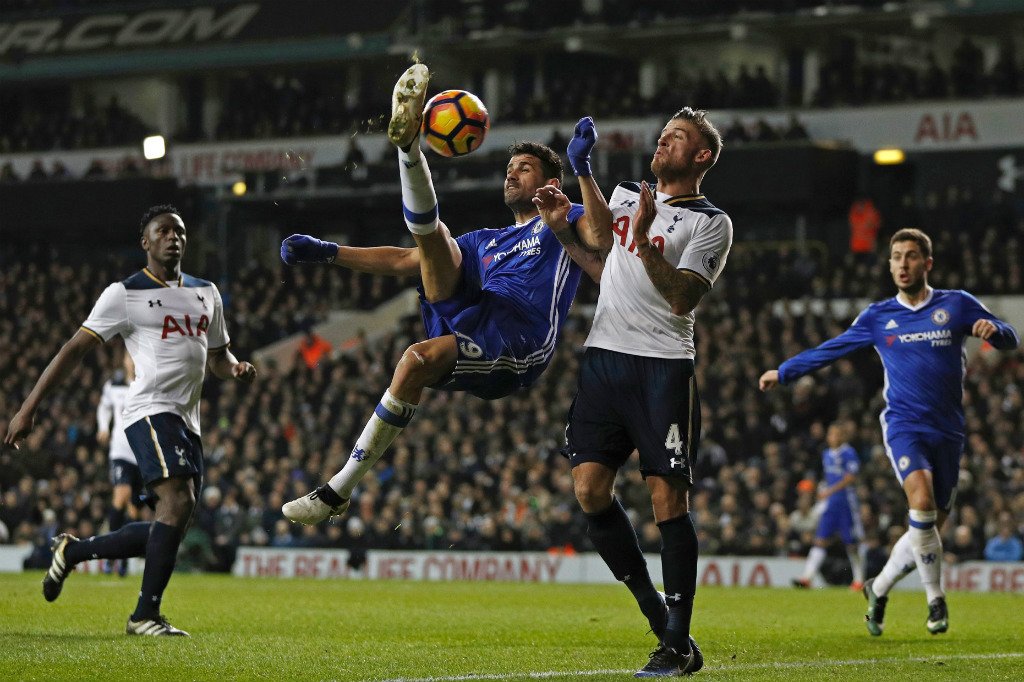 Dele Alli was the hero with headers either side of half time as the Blues surrendered their 100% record since October 1 in tame fashion.

They remain five points clear at the top of the standings but Spurs now sit in third, seven points adrift of their London rivals and ahead of both Manchester City and Arsenal.