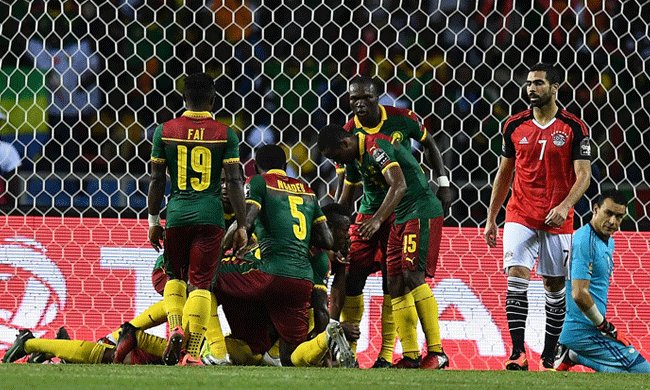 Cameroon came from a goal down to beat Egypt 2-1 and clinch the 2017 Gabon AFCON.

The Pharaohs went ahead midway through the first half after Arsenal midfielder Mohamed Elneny, restored to the starting line-up after recovering from injury, finished off a superb three-man move to fire home from a tight angle.

Cameroon responded on the other side of halftime through substitute Nicolas N’Koulou, who leveled the match at 1-1 just before the hour mark. N’Koulou came on in the 31st minute to replace Adolphe Teikeu.

Aboubakar netted the game-winner. The second-half substitute did brilliantly to control a long ball into his path, before juggling the ball over a defender and blasting it into the back of the net in the 88th minute.

Aboubakar’s goal with three minutes remaining was hard to swallow for an Egypt side who looked close to winning the Nations Cup on their first appearance since clinching the last of their record seven titles in 2010.